Poco M3 sells more than 1.5 lakh units in first sale, to be available next on February 16

Launched just last week in India, the Poco M3 has received a phenomenal response in the country, claims the smartphone maker. 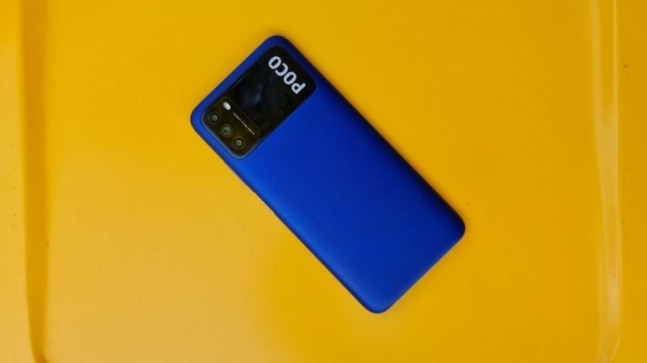 Those who failed to get their hands on the device will have another chance to grab it next week.

Launched just last week in India, the Poco M3 has received a phenomenal response in the country, claims the smartphone maker. According to Poco, the budget smartphone has sold over 1.5 lakh with a total of 30 lakh buyers showing interest in the device. The smartphone had gone on sale for the first time on Tuesday afternoon via Flipkart. It was launched on February 2 in the country.

Those who failed to get their hands on the device will have another chance to grab it next week in the second sale. The company has announced that the Poco M3 will go on sale once again on February 16 on Flipkart. The smartphone will be up for grabs at 12 noon.

"Launched on the 2nd of February, the device has received a phenomenal response with over 30 lakh consumers having expressed interest in purchasing POCO M3 for the first sale. For consumers who were unable to get their hands on the smartphone, POCO M3 will go on sale next at 12 noon, 16th February on Flipkart," Poco said in a statement.

The interested customers can buy the smartphone with a discount of Rs 1,000 if the purchase is made using ICICI Bank credit cards. Apart from this, customers using the Flipkart Axis Bank Credit Card will also be able to avail 5% unlimited cashback. An additional 10% off will be availed to the buyers on the first two purchases on Flipkart using a Bank of Baroda MasterCard Debit Card on orders of Rs 750 and above during the Poco M3 sale.

Is Poco M3 worth buying?

The consumer should not be the only reason for you to consider this budget smartphone from Poco. There is no doubt that the phone comes with several impressive features including a really cool design at an aggressive price point. However, you need to decide what exactly you are seeking from it. The Poco M3 features a high-resolution display and a big 6000 mAh battery which make it a capable daily driver.

However, it sticks to an average Snapdragon 662 processor and a 60Hz display which aren't ideal for gamers. The camera performance is pretty decent too. So, if you are seeking value for money, then the Poco M3 makes sense.