PUBG Mobile Blood Raven X-Suit announced, here is what it is and how you can get it 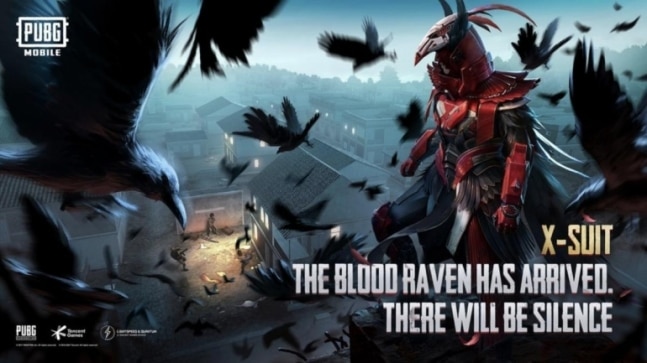 The best thing about PUBG Mobile is the range of attractive outfits that you can grab. These skin suits are sick and one of the reasons why some players want to complete events. The latest addition to the collection of X suits is the Blood Raven X-suit. This one comes after the Pharaoh X suit that became hugely popular with the last event. PUBG Mobile will introduce the Blood Raven X-suit during the upcoming event where players can grab more collectibles.

In an official announcement on Twitter, PUBG Mobile said, "Blood raven is the destroyer of evil and protector of the weak. An ordinary human, the Blood Raven dons the suit to fight injustice and crimes to help those in need."

The Blood Raven X-suit is available only during the Blood Raven event. The event will be live between April 17 and April 25, which means you have only about a week's time to get this suit. The suit is upgradeable to six levels, and at each level, you get different things to decorate the suit. Each level brings a range of new perks, but these are not cheap. For every level, you will have to spend a good deal of Unknown Cash (UC). The first one itself is pretty pricey, which is why you need to have a good stash of UCs in the game.

These six levels are

On upgrading to each successive level, you will see new options such as an exclusive Blood Raven Emote, a sharable mask for friends, a Blood Raven-themed Elimination Broadcast, and a lobby-entry animation, which shows up whenever the Blood Raven enters the lobby and in the spawn island.

The Blood Raven event will be available for Season Pass holders. On completing each mission in the season, the player would get Blood Raven Seeds, which they can redeem to get exclusive items such as Blood Raven Title (30d), Blood Raven Ornament (3d), and Melee Weapon Blood Raven Bone Scythe Sickle (3d). An interesting fact is that these add-ons are not chargeable you get them free of cost after you finish a mission. And these are a good attraction for people who do not want to spend a dime in the game during the Blood Raven event and still enjoy some extra benefits.

For those who do not have a problem spending less than 100 UCs or two, you have paid items such as the Obsidian Eagle Set, the Nightscape Set, a Blood Raven Backpack, among others. These collectibles are available through the Blood Raven Spin. Each spin costs 60 UC, but you can get ten spins in one go for a discounted price of 540 UC. These add-ons are meant for people who want to flaunt the new outfit in all its glory, which is why only some players go for it.

And for people in India, PUBG Mobile is banned here. So, if you are playing the global version, be very cautious.