PUBG Mobile got one important update with the launch of version 1.2 and it will change how you play the game. 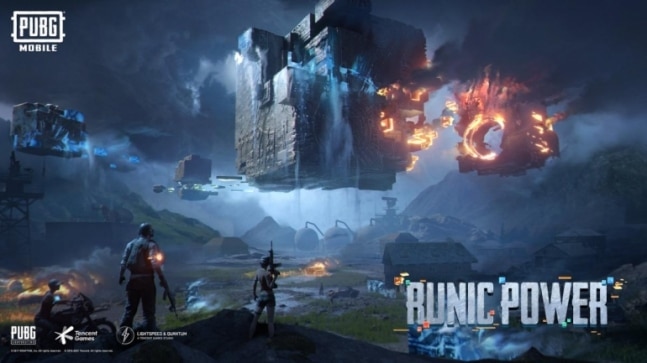 PUBG Mobile last month received the version 1.2 that kicked off the Season 17 for the world's most popular battle royale. With Season 17, the players get the Runic Power Mode that allows them to choose special runes to gain special abilities, helping them gain an edge over enemies in the game. The PUBG Mobile version 1.2 is now available to download from the Google Play Store but it is not for people residing in India. Although some players claim they are able to install an APK file of the global version, we advise against it because playing PUBG Mobile is not permitted legally.

The biggest attraction in the PUBG Mobile version 1.2 is the Runic Power Mode. What it essentially does is it allows PUBG Mobile players to use three different runes to gain unique super abilities of Flame, Wind, and Arctic. These powers will help players wreak havoc on the enemies and claim victory in the game. The Flame rune brings a magma wheel and scorching ammo that players can use to fight off enemies. The Wind rune provides players with wind shelter and wind boost while the Arctic rune has an ice wall and freezing ammo. Players need to ensure they find the matching runes to gain these abilities.

Other things in the mix include new weapons, a new chapter, and new options for PUBG Mobile players. The version 1.2 comes with a Metro Royale: Honor that lets players accumulate various honors that they can use to unlock voice packs, outfits, and some other rewards among others. The rankings and inventory in the new Metro Royale mode will be reset but the Fame and NPC Favorability will be retained. Additionally, the Metro Royale chapter has maps that support solo player modes.

In case you are looking for new weaponry, the PUBG Mobile version 1.2 has a new assault rifle called FAMAS that uses 5.56mm ammunition and shoots 25 rounds per load. It will be useful when players are engaging in close-range combat to kill enemies. Supported accessories for this rifle include muzzles, scopes, and mags. There is also a bipod that reduces recoil on this rifle. Additionally, the Cheer Park has gained improvements in performance, a new loading logic for backpacks, and a minimised download size with background support.

With the version 1.2 update, PUBG Mobile's release cycle seems to have returned to normal after a short hiatus in December when there was no update to be seen. The PUBG Mobile version 1.2 definitely brings significant improvements, new weapons, and several bug fixes but the exciting feature is going to be the Runic Power mode that will give a refreshed experience to players who maybe are tired of playing with regular guns, knives, and other conventional weapons in PUBG Mobile.