Realme Koi is company's Snapdragon 888-powered flagship, to launch in 2021

Realme has confirmed it will launch Realme Koi flagship phone and it will be powered by Qualcomm Snapdragon 888 chipset. 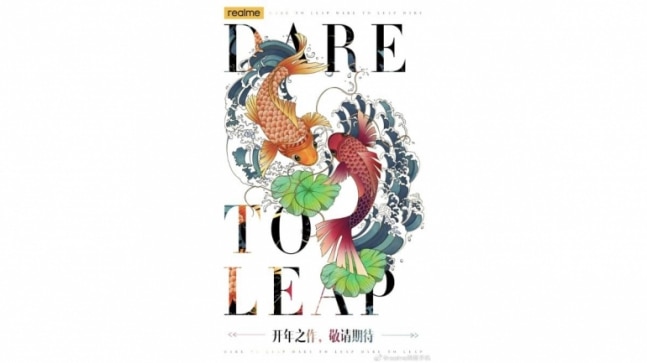 The name is inspired by Koi, an ornamented domesticated fish that is known for its beautiful colours. The Koi fish is also significant in both Chinese and Japanese cultures where it is considered auspicious. Realme's choice of name for its flagship smartphone is interesting but what it also means that it will come in different colours and with beautiful designs. Chinese smartphone brands are known for giving an impressive touch to smartphones and it will not be surprising to see Realme doing that with its 2021 flagship.

In a poster, Realme has shared what looks like a magazine cover for Realme Koi. It is decorated with two Koi fish superimposed on the Realme's motto "Dare to Leap". The poster, however, does not tell anything about the launch date of the Realme Koi. It is obvious that the flagship is coming next year and some rumours have pointed out that Realme Koi might arrive in February. Its launch could arrive around the same time as Oppo Find X3 series launch. But nothing is set in stone right now.

So now we have the name for the phone and what could be the first look of the phone. We even have some key specifications of the Realme Koi but let us talk about what to expect from the smartphone look-wise. A render of a mysterious Realme phone was spotted with a square-shaped camera island with at least three sensors, one of them having a 64MP lens. Towards the end of the side, there is a branding that reads Power Design. Now, these terms refer to the new pattern that uses three colours to form a flask-like shape on the back.

On the right side, there is just a power button, which means the volume rocker and any other button might be on the left side of the smartphone. The details about the charging ports, audio jack, and speakers are not clear from the image. The fingerprint sensor is also going to be integrated under the display, much like how it is on X50 Pro 5G and other Android flagship phones.

And now for the specifications, GSMArena had shared a screenshot of the About phone page of the Realme Koi device some days back. According to the screenshot, the Realme Koi could come with the Snapdragon 888 chipset, 12GB of RAM, 256GB of storage, and Android 11-based Realme UI 2.0. The model number of this device was mentioned as RMX2022. Apart from these things, there is nothing else known about the specifications of the device. We will have to wait for Realme to reveal more information about its upcoming flagship device.