Realme has announced the Realme Days sale that begins November 25 and includes several offers on phones and earphones among others. 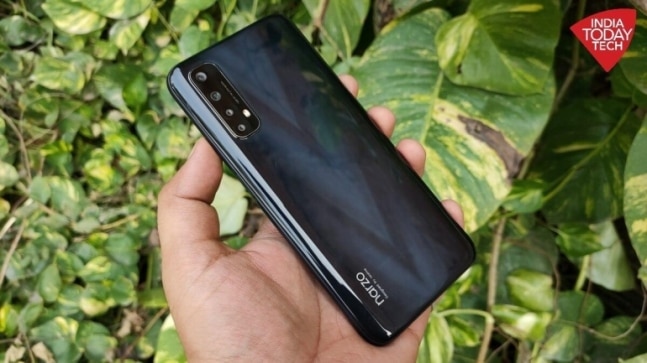 Realme has announced the Realme Days sale wherein customers can get big discounts on a range of products on top of cashback and vouchers. Realme is offering up to Rs 500 as cashback on Paytm with an assured amount of Rs 50 on several items, including smartphones, wireless earbuds, televisions, and accessories among others. Some of the highlighted deals under the sale are Rs 1,000 off on Narzo 20 Pro, Rs 800 off on Buds Air Neo, and Rs 7,000 discount on X50 Pro 5G.

If you are looking to buy new tech accessories for yourself, this could be an opportunity for you to avail offers on the purchase that you are going to make. Obviously, the recently held pre-Diwali sales on all major platforms were where the biggest discounts were doled out on a range of devices, but even if you missed out on buying yourself a device back then, Realme's new sale begins Wednesday, November 25 and ends on Saturday, November 28. Here are some of the deals that you can grab under the sale:

The Realme Narzo 20 Pro was launched for Rs 14,999 a few weeks back but it is now selling for Rs 13,999 under the Realme Days sale. The smartphone has 65W fast charging, a 48MP quad-camera setup, and a large 90Hz display.

Realme 6, which was launched back in March, is now down to Rs 13,999, which is Rs 1,000 less than the previous price of Rs 14,999. The smartphone was launched for much less but its price was hiked later owing to an increase in GST. The smartphone comes with a 90Hz 1080p screen, a 64MP quad-camera setup, and a 30W quick charge support on its battery.

The toned-down variant of Realme 6 is also up for grabs for less. The Realme 6i can be bought for Rs 12,999, which is Rs 1,000 less than the original price. The smartphone features a MediaTek Helio G90T processor and 30W Flash Charge, along with the 90Hz Ultra Smooth Display.

One of the recently launched AIoT devices, the Realme Smart Cam 360 is down to Rs 2,499 with a discount of Rs 500 on the original price. The latest smart camera from Realme comes with 360-degree vision, which is facilitated by the movements of both the camera module and the tower it is fixed on. It is paired using the Realme Link app with Android phone.

Realme Watch is selling with a Rs 1,000 discount under the Realme Days sale. This means the smartwatch is available for Rs 2,999 in the sale, as opposed to the earlier price of Rs 3,999, which is also the original price for when the Realme Watch was launched. The smartwatch ships with a custom operating system that supports a handful of functionalities, however, a full-scale smartwatch is coming soon.

Realme Buds Q is selling for Rs 400 discount under the Realme Days sale. These earbuds were launched for Rs 1,999 but you can buy them right away for Rs 1,599. The Realme Buds Q are among the best truly wireless earbuds you can get in the market for under Rs 5,000.

Apart from these offers, there are several deals that you can grab on tote bags, wired headphones, mobile cases, t-shirts, and more. Realme is also offering flat Rs 75 cashback on Freecharge, up to 100 per cent SuperCash on MobiKwik, and Realme Points under the game.