Redmi already sells smart TVs in China and the company is now said to be looking to do the same in India. 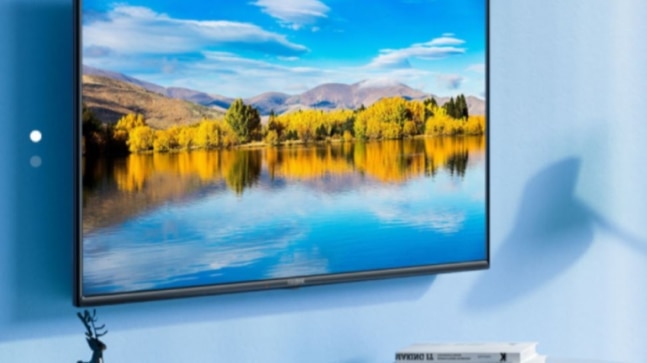 Over the last two years, Xiaomi has successfully managed to disrupt the smart TV market in India. The company has launched a number of smart TVs in India to date with its latest being the Mi QLED TV 4K launched towards the end of 2020. Now, in 2021, the company has been tipped to replicate the model by announcing televisions under the Redmi brand name.

Redmi already sells smart TVs in China and the company is now said to be looking to do the same in India. This information comes courtesy of tipster Mukul Sharma, who claims the Redmi TVs will launch in India as early as March and bear really aggressive price tags.

While there is no clarity yet on the models that may come to India, reports suggest the brand may decide to launch the Redmi Smart TV X series that launched in China in 2020 in 50-inch, 55-inch, and 65-inch sizes. However, there's also a belief that Xiaomi may target the lower ends of the smart TV market with the Redmi brand name in India.

When it comes to features, the Redmi Smart TV X series models offer bezel-less screens with a screen-to-body ratio of 97 per cent. The TVs also feature a metal frame instead of a plastic frame on the existing Mi TV 4 models. The entire range comes with a 4K panel that also comes baked in with a 60Hz Motion Estimation, and Motion Compensation (MEMC) compensation algorithm.

the Redmi Smart TV X Series has far-field voice recognition technology that lets users say commands to the TV without the need of a remote controller. This could be a big convenience for those who frequently rely on voice commands to operate their smart TVs.

The TVs use a quad-core chipset with Cortex A73 cores and Cortex A53 cores making up the processor. This is paired with 2GB RAM and 32GB of onboard storage. The Chinese version runs on PatchWall UI which is based on Android AOSP. In terms of audio, the Redmi Smart TV X series comes with an eight-speaker unit, comprising of four 12.5W speakers. There's support for Dolby Audio as well as DTS-HD support.