The phone is expected to be a rebranded version of the Redmi Note 9 5G which was launched in China. 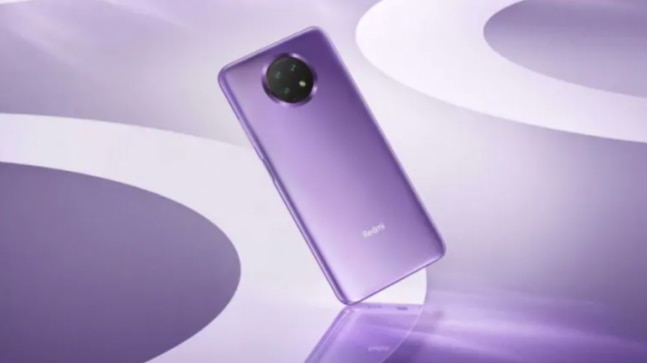 Xiaomi is all set to unveil the Redmi Note 9T 5G. The company has confirmed through its social media accounts that the smartphone will be launched on January 8. A few days ago, Redmi Note 9T 5G was listed on Geekbench under the model number M2007J22G. The same model number was also seen listed a few days ago on Thailand's NBTC and Malaysia's SIRIM certification websites.

Xiaomi had teased the official look of the rear panel on its social media accounts. The phone is expected to be a rebranded version of the Redmi Note 9 5G which was launched in China. Ahead of the launch, specifications of the smartphone have surfaced online.

Xiaomi confirmed the launched date of the Redmi Note 9T on its Twitter handle. The smartphone will be launched on January 8 at 20:00 (GMT+8). The launch event will be live-streamed on the social media accounts of Xiomu and YouTube.

Although there has been no official word about the pricing of the smartphone, a report by Droidholic had stated that the 4GB + 64GB storage variant will be priced at EUR 229.90 (Rs. 20,700 approximately) whereas the 4GB + 128GB variant will be priced at EUR 269.90 (approximately Rs. 24,300). The smartphone will be launched with two color options including Nightfall Black and Daybreak Purple.

The Redmi Note 9T 5G is expected to feature a 6.53-inch full-HD+ and comes with a 90Hz refresh rate. It is expected to powered by MediaTek Dimensity 800U SoC coupled with up to 4GB of RAM. The smartphone is speculated to come with NFC support. The smartphone is powered by a 5000mAh battery with support for an 18W battery. In the camera department, the smartphone could feature a 48-megapixel primary sensor, a wide-angle lens, and a 2-megapixel macro sensor. On the front, there could be a 13-megapixel camera for selfies.

Tipster Abhishek Yadav had shared the leaked pictures of Redmi Note 9T 5G. In the leaked pictures, the smartphone features a circular camera island that has three camera sensors with a LED flashlight. On the front, there is a punch hole cut-out for selfie cameras.

Apple Glass and AirTags may launch this year, says analyst