Le Eco 1s is a good phone for its price

The first thing you will notice about the 1s is its premium look and feel. Le Eco has gone ahead with a full metal unibody with metallic frame on the edges. 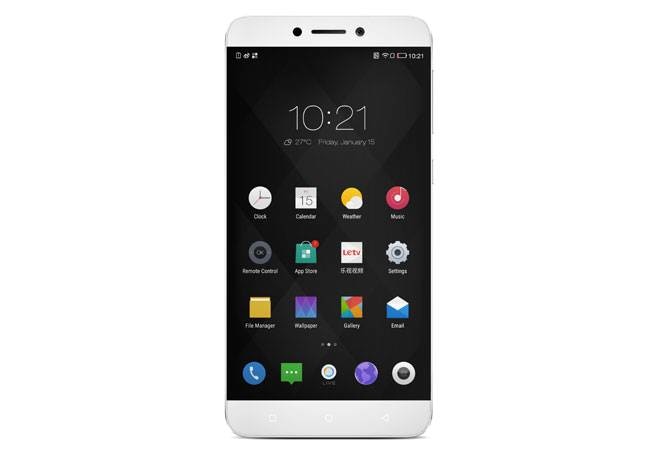 The Indian smartphone market is flooded with Chinese handset manufacturers and LeEco joined the stable only in January this year. The company has launched two smartphones - the Le Max and the 1s. While the Max is the flagship device priced at Rs 32,999, Le 1s is priced competitively at Rs 10,999.

Design:  The first thing you will notice about the 1s is its premium look and feel. Le Eco has gone ahead with a full metal unibody with metallic frame on the edges. There is a 5.5-inch display at the front with a super thin bezel and capacitive keys housed below the display. Primary camera along with the flash are placed on the top left, with the fingerprint sensor in the middle. The review unit shared with us has the LeTV branding; however, the company has now been renamed to LeEco. Power key and volume buttons are placed on the right edge, dual SIM card tray on the left, 3.5-mm jack on the top whereas the Type C USB port along with machine drilled speaker and mic on the bottom edge. At 7.5 mm thickness, it feels slim to hold. The straight line design with curved edges makes it look good. With the price tag of Rs 10,999 for a beautiful looking unibody device, LeEco has spoiled the market for the competition.

Display:  Everything appears bright and crisp on this 5.5-inch full HD display. It has good viewing angles too and pretty decent sunlight legibility. While the display on the 1s looks better when compared to the one on the Xiaomi Redmi Note 3, the colours look oversaturated. Even this device has basic display modes including vivid, nautral and soft that can be accessed from the display settings. The display auto brightness works well.

UI and Performance: The 1s has its own custom UI that has been built on Android 5.0.2. There isn't any app drawer and all the apps are placed on the home screen. Notification bar can be pulled down from the top but it doesn't have a separate window for shortcuts, which is usually found on most Android phones. Instead, shortcuts have been added to the multiple task switch window that is accessed by hitting the app switcher key. It is powered by MediaTek Helio X10 octa-core processor clocked at 2.2 GHz  and is paired with 3 GB of RAM. It has 32 GB onboard storage, of which 24.30 GB is user accessible. The overall performance of the phone is decent as it managed to run games and most of the apps with ease. Switching between multiple apps was smooth. It did lose a couple of frames while playing games but there wasn't any significant lag.

Camera: It has a 13-MP rear camera and a 5-MP front facing camera. It locked focus instantly and captured images quickly. But the colours looked slightly unnatural on the phone's display. It did a pretty decent job while capturing images in daylight and even while capturing close shots. But there was visible noise in low light conditions. The 5-MP front facing camera captured good images.

Battery: It has a 3,000-mAh battery supporting quick charging that quickly adds juice to the battery. The battery backup was decent as it lasted a day on average usage but in case of heavy usage, one has to carry the charger along as it has the USB Type C port, which is only added to a few devices and the cable won't be easily available wherever you go.

Bag it or Junk it: It isn't a bad deal at this price but Xiaomi Redmi Note 3 gives it tough competition.
Price: Rs 10,999
Rating: 4/5
Plus: Price, build
Minus: New Brand

It's a brave but wild new world for Artificial Intelligence