Nokia 4.2 competes against the power-packed Redmi Note 7, RealMe 3 and the Samsung M20 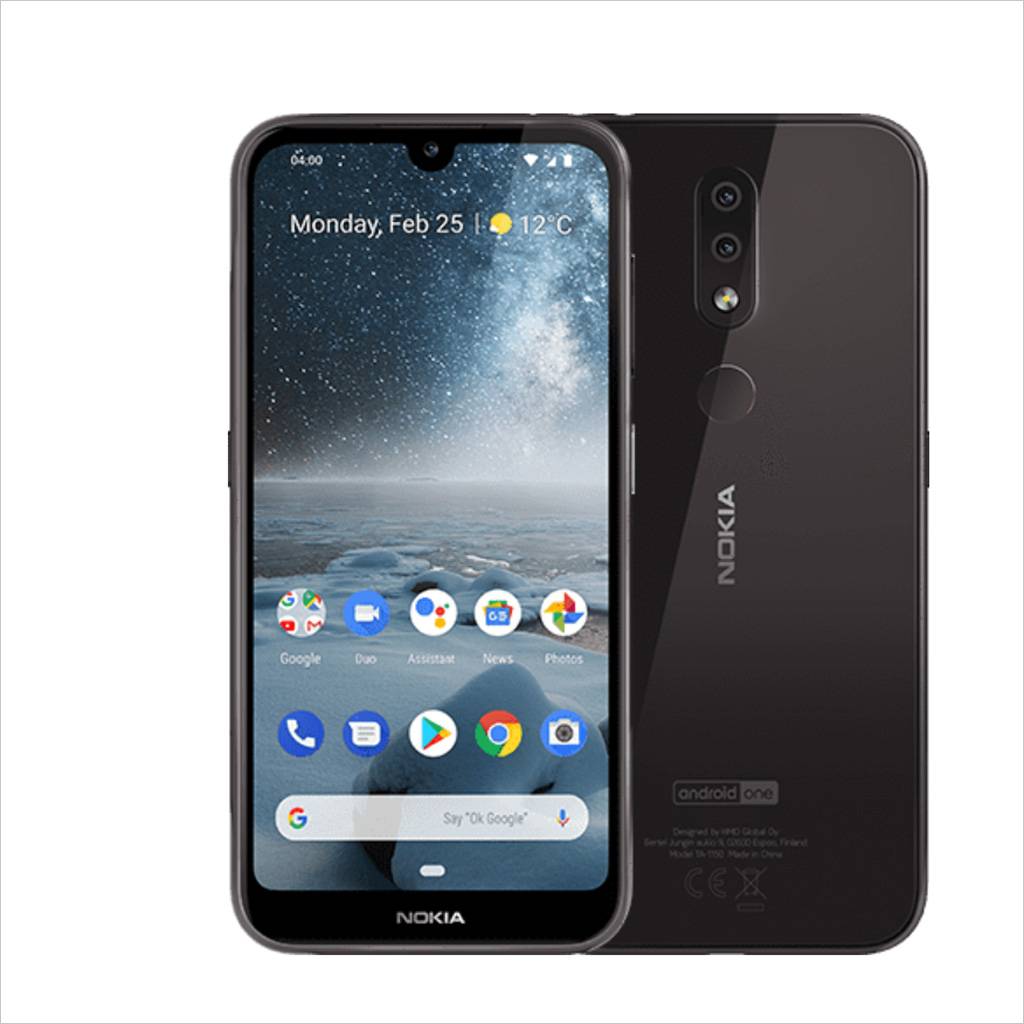 Though a little late to the market, HMD Global is trying to revive the brand Nokia in a big way. The company is not just eyeing the high-end and premium smartphone market but is also focusing on the entry-level and mid-segment too.  The latest launch - Nokia 4.2 - competes against the power-packed Redmi Note 7, RealMe 3 and the Samsung M20 but is it worth buying?

With good looks and a sturdy built quality, Nokia 4.2 is one of the best-looking smartphone in its price category. The glass at the front and the rear has been neatly encased in a polycarbonate frame. However, the soft finish makes it super slippery, and at the same time is a fingerprint magnet. The front is dominated with a 5.71-inch HD+ screen but it isn't a bezel-less display. There is a selfie notch along with sleek bezel on the top and a thick chin at the bottom. The right panel houses a power button along with volume controls, whereas the left panel has the dedicated Google Assistant button along with the SIM tray. The 3.5mm audio jack is on the top, whereas the speaker grill and charging port at the bottom. At the rear, there is a vertical dual camera setup with flash at the top centre, followed by the circular fingerprint scanner, Nokia and Android One branding.

Overall, the phone is comfortable to hold and can be operated with just one hand.

Dual cameras have become a common sight these days and even the Nokia 4.2 houses one. There is a dual camera set up at the rear - 13xMP and 2MP sensor with phase detection autofocus. And using the camera app, I was easily able to switch between the auto mode, Pro mode and Live Bokeh. Additional modes such as square, time-lapse, panorama and Lens are also accessible with a couple of taps. The camera performance is just about average - the images looked well on the screen, and are just fine for uploading on social media. When zoomed in on a bigger screen, the images were distorted.  The portrait mode does a decent job of identifying the subject and blurring the background, but we have seen better cameras and results in the same price category. Low-light isn't a forte here as there is a lot of visible noise. Lastly, the camera is a little slow as it takes a couple of seconds to save an image. The 8MP front camera can also be used for portrait images too. It does a pretty decent job of blurring the background.

The best thing about the Nokia 4.2 is the stock Android UI. Thanks to HMD Global for adopting the Android One Program, this phone is free from bloatware and any third-party apps. The user interface is very neat and clear with shortcuts on the multiple home screens and all the apps in the app tray. When launching the app tray, the top row lists the frequently used apps followed by all the apps installed on the device. By default, it only had 20 applications including camera, FM Radio, clock, calendar, and support along with the Google applications. If you use a calculator frequently, you will have to rely on Google or install the app.

While the looks and Android One works in favour of Nokia 4.2, it falls short on the performance front. It has got the entry-level Snapdragon 439 processor paired with 3GB RAM and 32GB onboard storage. Of the 32GB onboard storage, 10.96 GB was already in use, not leaving much storage for the users. However, it supports up to 400 GB of expandable memory.

On the performance front, it handles calls, browsing, social media and music apps with ease. Although the Chrome browser launches quickly, it takes time to load images and animations while loading a web page. But it showed signs of struggle when multiple tabs were open in Chrome. Swiping between multiple running apps was smooth but the multitasking view would fail to show the animation. Even the sound output while playing videos and games wasn't impressive. It was loud but lacked clarity. The device can handle basic games but don't have high expectations from it. Performance is one area where the Nokia 4.2 struggles, however, the blessing in disguise is the Android One. The 3000mAh battery is good enough to last a day.

Chinese smartphone players Xiaomi, Realme and Honor have revolutionised the mid-segment category and the new launches from Nokia and Samsung are only bringing more options to choose from. Although Nokia 4.2 looks good and has stock Android onboard, the performance isn't a strong point, especially when compared to Xiaomi's Redmi 7 and Samsung M20.