The 13-megapixel rear camera, which supports 4128 x 3096 pixels, autofocus and LED flash, makes the phone a challenger of flagships when it comes to the camera experiences. 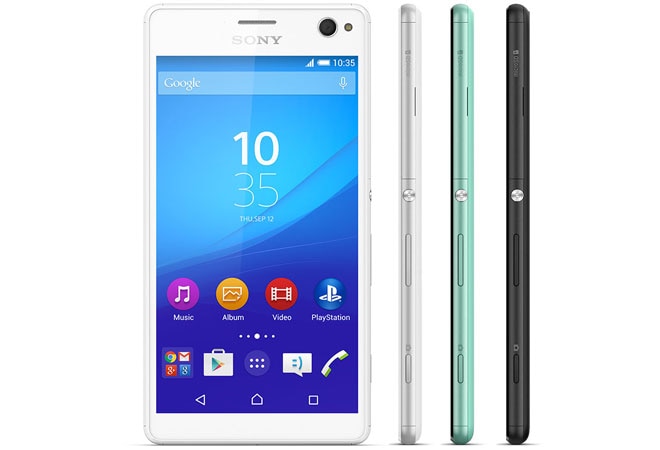 Sony's Xperia range of smartphones have been continued although not very long many felt they would go the way of the company's laptops. The C4, priced at Rs 23,750, is a medium-priced device. Here is our analysis of the phone:

First, the phone is not heavy, water-resistant and has a scratch-resistant screen. The 13-megapixel rear camera, which supports 4128 x 3096 pixels, autofocus and LED flash, makes the phone a challenger of flagships when it comes to the camera experiences. There are several fun modes which makes playing with the device a lot of fun. Few modes can be downloaded as well. General modes like geo-tagging, touch focus, face/smile detection, panorama and HDR are present.

The five-megapixel front camera has a huge lens and is accompanied by an LED flash to put out pictures in HD resolution. The phone also comes with a 'partyshare' app which lets users simultaneously share music and photos with a host of people.

Other than its camera, the phone supports two 4G LTE SIM slots, a 128GB external memory card slot and Digital Living Network Alliance (DLNA). DLNA was founded by a group of consumer electronics companies to develop and promote a set of interoperability guidelines for sharing digital media among multimedia devices. It also has A-GPS with GLONASS which improves location accuracy. The full HD screen is a delight to watch high quality movies and videos. As for sound, there is no competition in the industry in terms of smartphones.

The performance of the MediaTek 64-bit 1.7GHz octa-core processor is decent but the phone lags sometimes while switching between apps. The Mali760 offers a good gaming experience but there are mild to negligible heating issues on the phone.

What doesn't work for the phone?

There is no innovation in the design of the phone and it looks bland as usual. Ditto for user interface. Sony's Sociallife app needs improvement. Also, the phone, with all its specifications, is overpriced, especially when rivals are providing way better specifications at the same or near price.

Verdict: Too expensive a launch for Sony but an excellent camera experience at the end of the day. So, if one likes an all-round average performer with a great camera experience, the phone will cater to this need but better phones from the rivals are available in the market.

(Anirban Ghoshal can be contacted at anirban.g@ians.in)