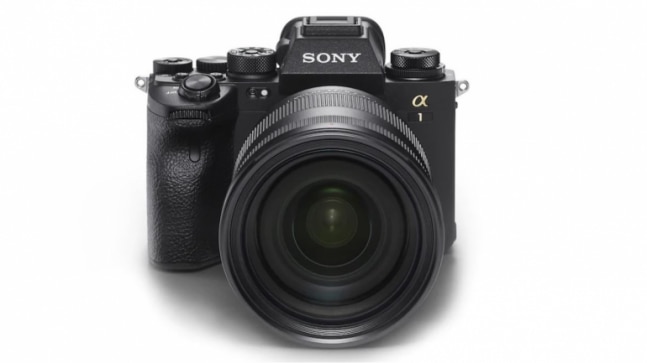 Sony introduced a new member of Alpha-series cameras, the Sony Alpha 1. With high resolution and fast speed, the camera targets professional photo takers and filmmakers. The Alpha 1 grabs the attention of users for its top flight features such as a 50.1-megapixel sensor, 5-axis IBIS,15-stop dynamic range, AF system, and silent shutter among other things.

Being a "professional movie camera", as the company calls it, the Sony A1 is capable of shooting 8K videos at up to 30FPS. The camera has features like S-Cinetone and Creative Look. And now, it's time to dive deeper into the technical specifications of the camera.

--The Alpha 1 equips a 50.1-megapixel back-illuminated Exmor RS CMOS sensor. The camera is powered by a Bionz XR processor. Sony's latest camera can capture 50-megapixel images up to 30FPS without any blackout.

--It is not only the image sensor that enjoys high resolution, the electronic viewfinder also boasts 9.44 million dots with a refresh rate of up to 240FPS. The viewfinder features an OLED screen.

--Sony A1 introduces real-time eye AF for humans, birds, and animals using a 759-point phase detect autofocus system with 92 per cent coverage. The Alpha 1 also comes with AF and AE calculations at up to 120 times per second.

--The Alpha 1 boasts features like S-Cinetone and Creative Look for cinematic expressions. The Creative Look is functional for both stills and video.

--Another noteworthy feature of Sony Alpha 1 is its heat dissipating structure. As the company claims, the camera can shoot 8K video, or 4K video, for 30 minutes continuously without any overheating issues.

The Sony A1 will be available in late-February in Australia for $6,499. The camera will be available in early March in both the United States and UK for $6,500 and $10,499 respectively. The price and availability of Sony Alpha 1 in India is still not known. But users can expect it to arrive in another 2-3 months in the country.