Apple's subscription services, such as Apple Music and Apple TV+, have been gaining popularity in recent years.

Eddy Cue, Apple’s senior vice president of Services announced in a blog post on Tuesday that the tech giant has amassed 900 million subscriptions across its services in 2022.

Apple's subscription services, such as Apple Music and Apple TV+, have been gaining popularity in recent years, providing customers with a wide range of entertainment options and access to exclusive content.

Some of the other services by the company include Apple Arcade, Apple News Plus, Apple Books and Apple Fitness Plus.

It's unclear which services contributed the most and least to the milestone, which Apple announced in a blog post.

Here’s an overview of various services offered by Apple.

Apple Music is a music streaming service that offers access to over 70 million songs, as well as thousands of playlists and live radio stations. Subscribers can also download songs and albums for offline listening, and access exclusive content from top artists. The service also offers personalized recommendations based on your listening habits and integration with Siri for voice-controlled playback.

Apple TV+ is the company's streaming service, it is focused on original content, offering a variety of exclusive shows, movies, and documentaries. The service features a range of genres including drama, comedy, and science fiction, and boasts a number of high-profile actors and directors. Some of the exclusive shows from Apple TV+ include The Morning Show, starring Jennifer Aniston and Reese Witherspoon, and See, starring Jason Momoa. 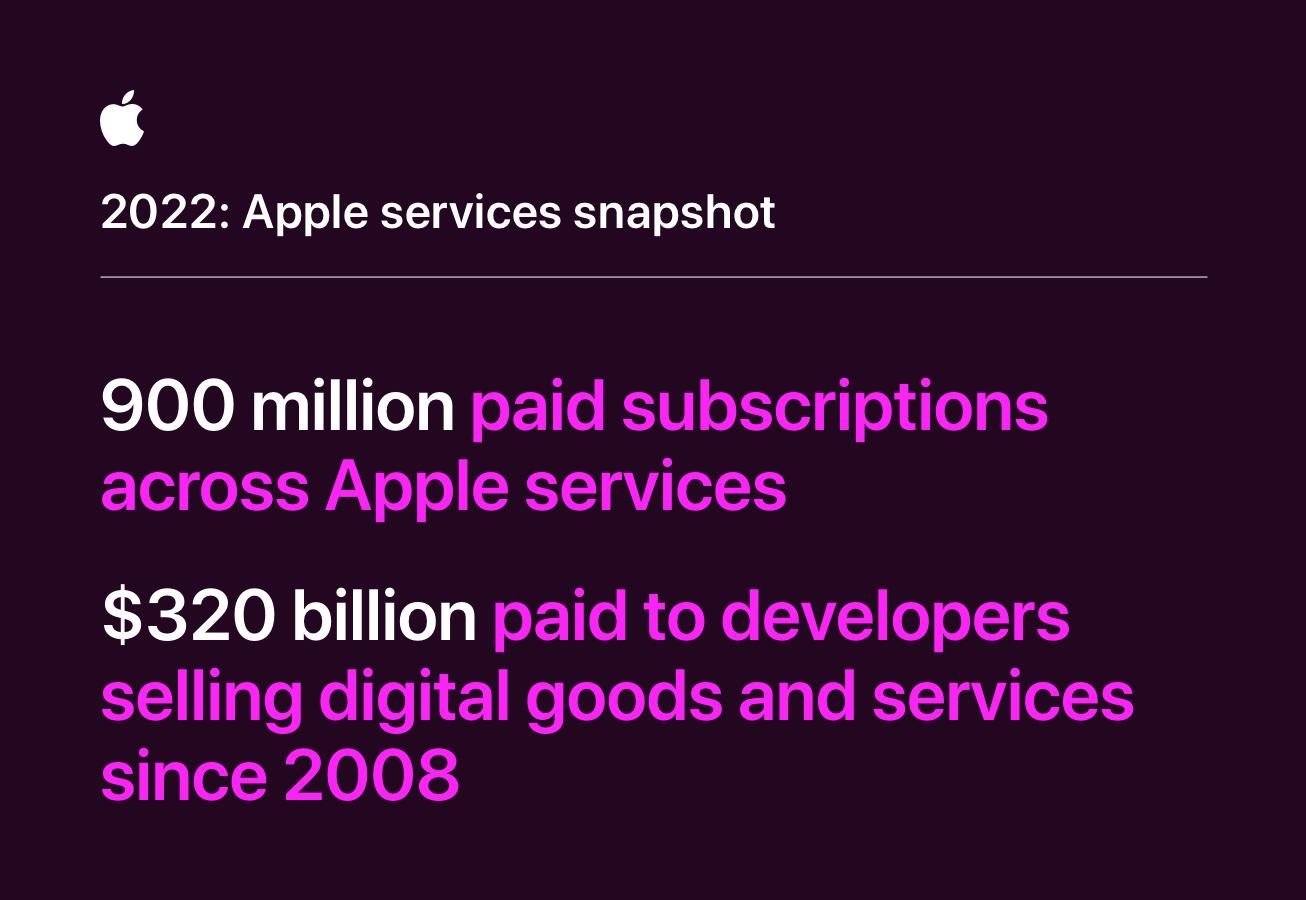 In addition to Apple Music and Apple TV+, the company also offers Apple Arcade, a subscription-based gaming service that gives access to more than a hundred games without ads or in-app purchases. And also Apple Fitness+, an integrated service that provides workouts and fitness classes on the Apple Watch and other devices, users can take a range of workout classes including Yoga, cycling, strength training and more.

One of the major benefits of Apple's subscription services is their seamless integration with the company's ecosystem of devices, including the iPhone, iPad, and Apple TV. Subscribers can easily access their content across all their devices and share it with family members with Family Sharing.

Finally, Apple also provides a bundled service called "Apple One" which allows customers to access several services at a discounted price. With Apple One, customers can choose from different plans that include access to Apple Music, Apple TV+, Apple Arcade, iCloud storage and Apple Fitness+.

Overall, Apple's subscription services provide a wide range of entertainment options and exclusive content and are an attractive proposition for customers looking for a convenient and integrated way to access music, TV shows, gaming, and fitness classes.

Microsoft ends support for Windows 7 and 8.1; here's what you should do