Apple Watch Series 7 is likely to launch later this year, and leaks around the new smartwatch from Apple have given us some idea of what to expect. Keeping that in mind, we decided to stack everything we know so far about the Apple Watch Series 7.

The Apple Watch has ruled the premium smartwatch segment since it arrived. Its arch-rival Samsung does provide it with some competition with its series of Galaxy Watches. However, Galaxy Watch will still take a few more iterations to match the supremacy of the Apple Watch.

We have already seen six generations of the Apple Watch, and now Apple is gearing for the seventh. Courtesy of the frequent leaks, we have found a decent chunk of information in the past. In that succession, another new leak has appeared to provide us with an exclusive look at the Apple Watch Series 7.

The leaker suggests that the upcoming Apple Watch will feature flat edges and a new green colour. We have also learnt that Apple Watch Series will bring features like Glucometer, updated swim-tracking, alcohol monitoring and more.

WWDC 2021 is just a couple of weeks from now, and we are expecting Apple to spill a few beans during the same. With that in mind, let's talk about everything we know so far about the Apple Watch Series 7. 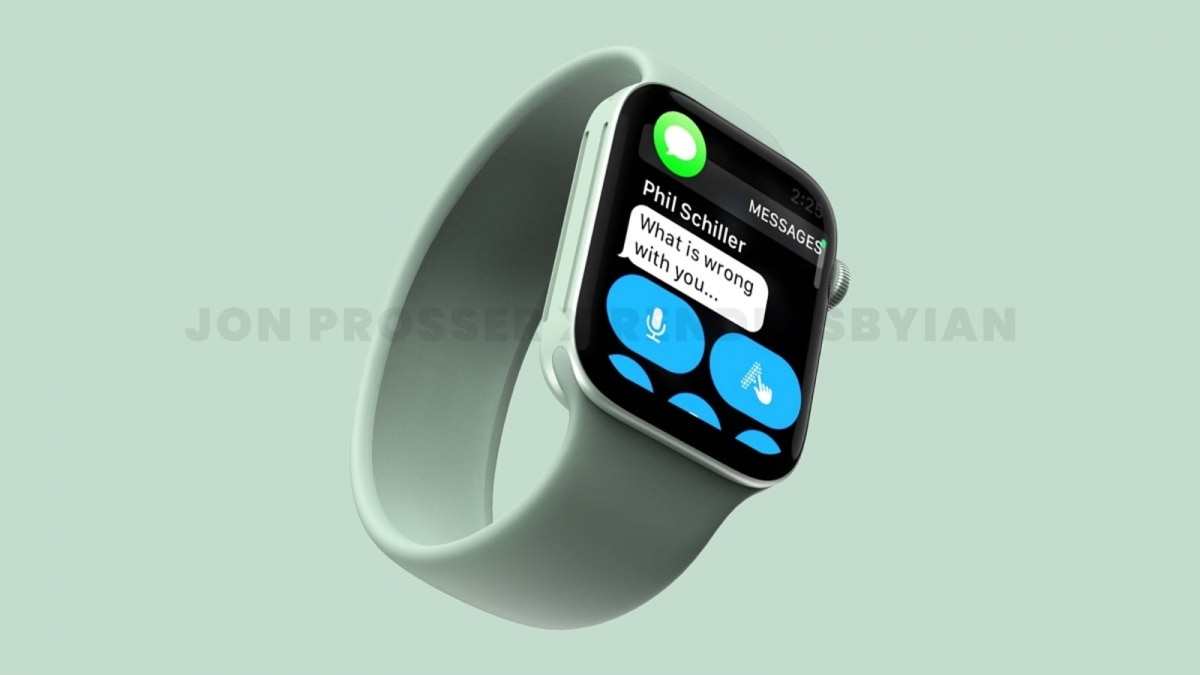 --From what we can see, the Apple Watch Series 7 features a flat display. However, there's no change in the overall design. Prosser also says that the bezels may get even smaller on the upcoming iteration. Apart from this, the smartwatch is expected to see a few new colour options.

--A few reports claim that the upcoming Apple Watch will feature Blood-Glucose monitoring. Apple also sent out a survey asking people about their health tracking habits, including one that enquired whether they use apps to monitor medications and blood sugar levels. Not just this, an SEC filing for startup Rockley Photonics reveals the expected inclusion of this feature.

--For your information, Rockley Photonics is a UK-based company that designs sensors for monitoring a person's blood using infrared light. These sensors are capable of measuring blood sugar and alcohol levels.

--A report from Bloomberg further indicates that Apple Watch Series 7 will feature more advanced swim tracking. We have also heard that a more rugged Apple Watch is in the making.

--Apple filed a patent for the addition of a light sensor on the rear of the watch. This light would shine onto the user's wrist and generate a field image of the area. The image would contain veins that can serve as a unique ID for authentication and unlocking the watch.

--The Apple Watch Series 7 is also supposed to feature a micro-LED display. This feature was supposed to arrive on the current iteration, however, that never happened. So we are guessing that it will make a way in the upcoming model.

--The upcoming Apple smartwatch might be in for a significant battery upgrade, a patent reveals. This patent also indicates that the battery could be housed in the strap itself, hence, doubling up on the smartwatch's battery life. --Another patent details how the upcoming Apple smartwatches could use the smartwatch battery to act as a haptic feedback engine. A final patent says that a sensor would be attached to the Digital Crown, allowing it to get more accurate heart rhythm readings.

As per the previous leaks and reports coming up, the Apple Watch Series 7 may launch in September. That's usually when Apple releases its new Apple Watch.

Currently, there's no information about the pricing of the upcoming Apple Watch. However, keeping the new features in mind and the previous pricing in mind, we expect the Apple Watch Series 7 to be available in India somewhere around Rs 42,000 for the GPS model and Rs 50,000 for the GPS and cellular model.

Apple Watch continues to find new users as company says 75% of purchases from first time buyers last quarter
How to unlock your iPhone with your Apple Watch when wearing a face mask
Apple Watch Series 6 review: With blood O2 monitor, made for corona times