The iOS 14.5 update brings the ability for Apple Watch users to bypass Face ID on the iPhone while wearing a face mask.

iOS 14.5 update is rolling out for compatible iPhones, and it brings the much-anticipated feature that lets you unlock your iPhone with Face ID while wearing a face mask with your Apple Watch on. The new unlock with mask on using Apple Watch is available for iPhone X and later models. Users with Apple Watch 3 and later will only be able to use the feature.

While the new update adds tons of new features, including new Siri voices and new emojis. With the controversial App Tracking Transparency being implemented with the latest iOS 14.5 update, apps will now be required to get a user's permission to track or access the device's advertising identifiers. This is the same feature that brought Apple and Facebook head-to-head. How to set up unlock with Apple Watch

--Open the Settings app on your iPhone.

--Scroll down to Unlock with Apple Watch, then turn on the feature. If your watch doesn't have wrist detection enabled, you're asked to turn it on. 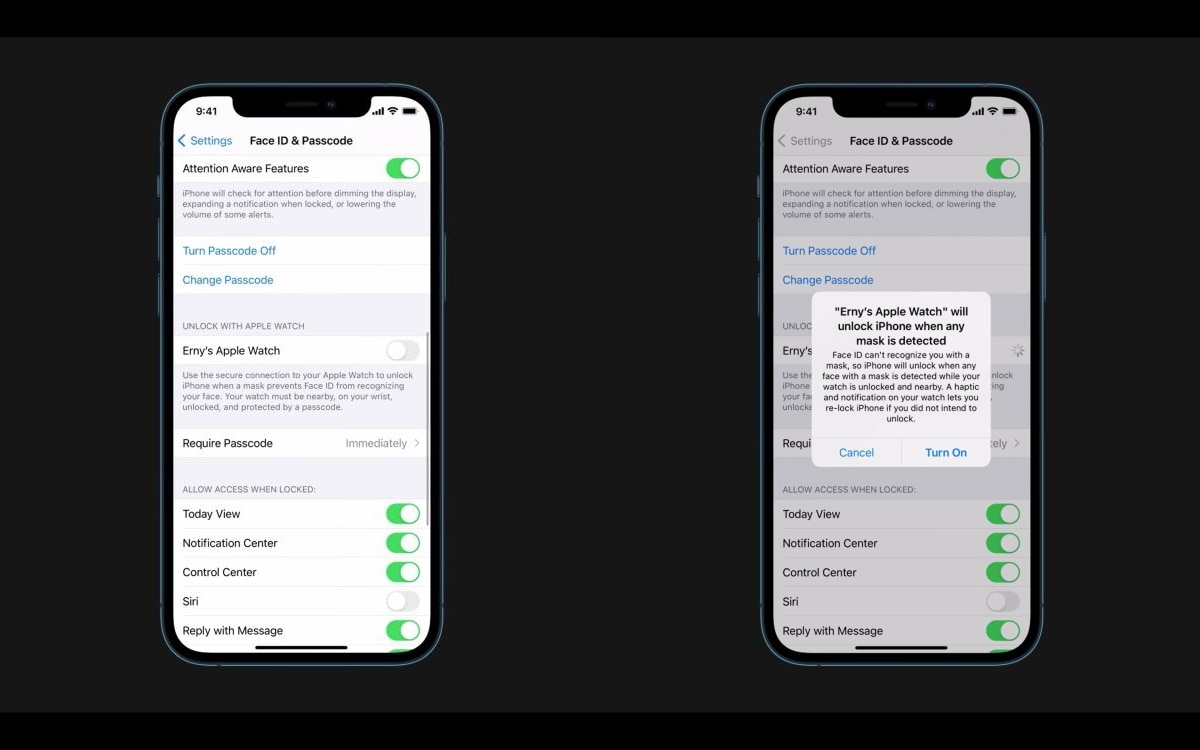 How to unlock your iPhone with your Apple Watch

--When you're wearing a mask and your Apple Watch is on your wrist and unlocked.

--Wake your iPhone by raising it or tapping its screen.

--Glance at your iPhone to unlock it. Then you can slide up from the bottom of your iPhone screen to begin using it.

--There's a vibration on your Apple Watch with a pop on the display that tells you that the iPhone has been unlocked using the Apple Watch.

--Apple has also added a handy feature that lets you lock the iPhone if you didn't mean to unlock it. Tap the Lock iPhone button on your Apple Watch screen.