News
TECHNOLOGY
If you lost Twitter followers today, then you're not alone

If you lost Twitter followers today, then you're not alone

Several Twitter users took to the platform claiming they lost Twitter followers, ranging from a few hundred to thousands in the last couple of hours.

Did you also notice a drop in your Twitter follower count? Don't worry, you're not alone. Many Twitter users in India have tweeted about a sudden drop in their follower count on the platform late on Thursday.

Notably, the Twitter follower drop count ranges from hundreds to thousands of users are to be believed. India Today Tech has reached out to Twitter for a statement and will update this story if we hear from the company.

Platforms like Twitter perform such clean-up exercises on their platforms to get rid of bots that have been a problem of modern-day social media platforms.

How does Twitter handle bots and the problem of fake followers? The micro-blogging platform makes sure to timely send accounts to re-confirm the details like the password and phone number. Until an account confirms the details, Twitter doesn't include the particular account in follower counts. The company does this regularly to help prevent spam from the platform. 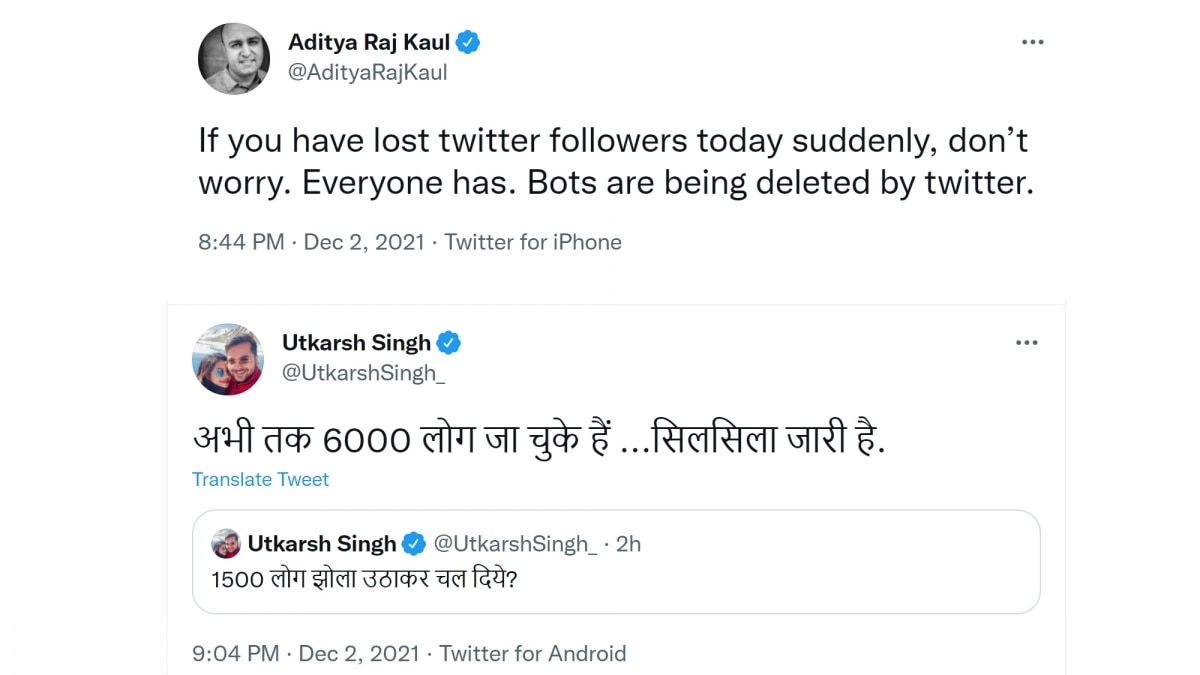 In fact, Twitter earlier this year in June ran a similar exercise when imminent personalities on Twitter, including actor Anupam Kher, tweeted about losing 80,000 followers within a few days.

At that time, Twitter Support in a tweet wrote, "You may notice some follower count fluctuations from time to time. Accounts that we've asked to confirm their password or phone number aren't included in follower counts until they've confirmed that info. We do this regularly to help prevent spam and keep all accounts secure."

In the meantime, the drop in the Twitter follower count has kicked off a meme fest. Here are a few tweets that describe the issue best for some users on Twitter.