The iPhone 13 Pro will be a top-end offering from Apple, sitting below the Pro Max model. It is expected to see some exclusive features. So as to keep you all updated, we decide to detail everything we know so far about this smartphone.

The upcoming iPhone 13 series is undoubtedly the most popular smartphone lineup in 2021. We have already seen a plethora of leaks around the iPhone 13 and its siblings. Courtesy to which we know that these iPhones could feature a shrunken notch, 120Hz LTPO displays, bigger batteries, upgraded cameras and more.

That being said, some of the exclusive features will be limited to the iPhone 13 Pro and Pro Max models. So as to provide you with a better perspective of the expected changes in the top-end iPhones. We decided to detail everything we know so far about the iPhone 13 Pro.

--While there are plenty of expected changes, the most important would be introducing a trimmed down display notch. The notch first appeared in the iPhone X lineup and has stayed there since then. We have already seen several renders and dummy iPhone 13 models featuring a smaller notch, making us presume that all the upcoming iPhone 13 variants will get this rumoured design change.

--Apple is said to achieve this by placing the infrared flood illuminator, sensor and dot projector in a single module. Macrumors also showcased the front panels of the upcoming iPhone 13 series with a downsized display notch. Besides this, the earpiece has now been moved to the top bezel. 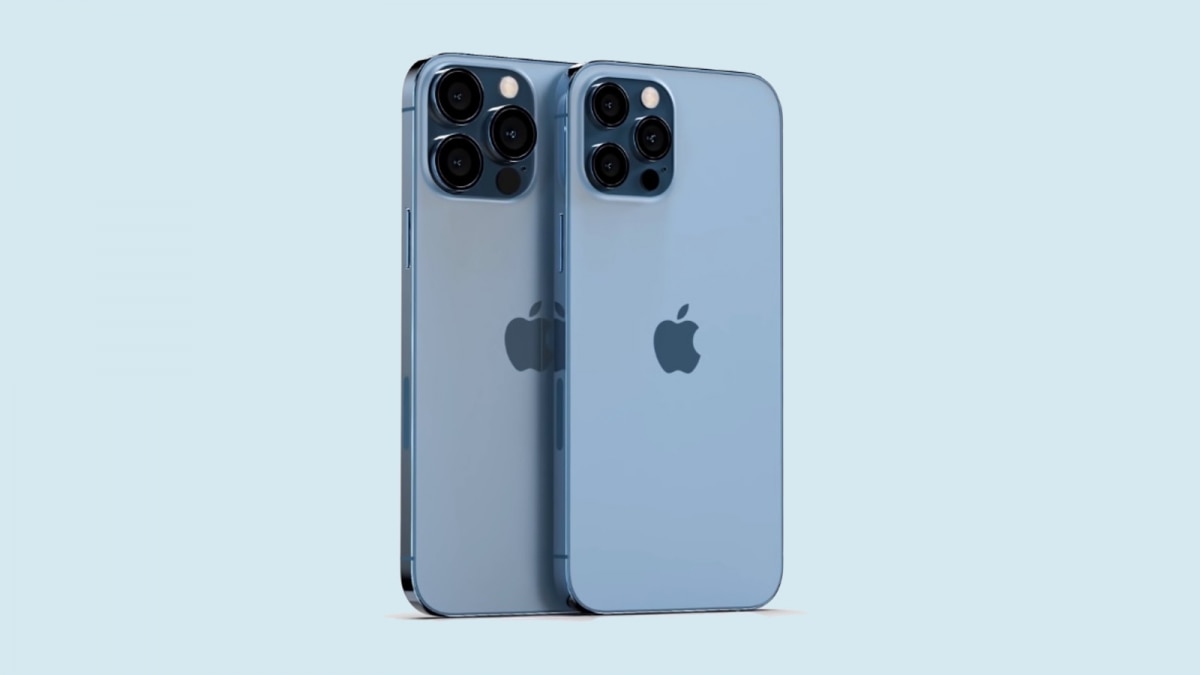 --A report from Digitimes says that the die size of the VSCEL chip used in the Face-ID system will shrink by 40 per cent to 50 per cent. This reduction in chip size seems to be another reason for the shrunken notch.

--Although the overall design is expected to remain the same, few subtle changes may be seen here and there. A report from MacRumors says that the iPhone 13 and iPhone 13 Pro will be 7.57mm thick, which is 0.17mm thicker than the current iPhone 12 models. Moreover, the camera module on both these devices will also see a noticeable bump. As per the information revealed, the iPhone 13 will feature a 2.51mm thick camera bump, whereas the iPhone 13 Pro will see a 3.65mm thick bump.

--A fresh new leak suggests that the iPhone 13 Pro's will come in a dark black paint job. Another tipster had previously reported that the matte black colourways of the iPhone 13 series would be much darker than the Graphite colour variants of last year's iPhone 12 Pro and iPhone 12 Pro Max. The tipster refereed the colour to be close to the Hex code 121212. --LTPO is a superior display tech that saves a decent amount of battery life. Another report suggests that the displays being manufactured by LG and Samsung will reduce power consumption by 15 to 20 per cent on the upcoming iPhone 13 Pro models.

--Leaks also hint towards the inclusion of a Touch-ID based in-display fingerprint scanner. In addition to that, we may also see the always-on display on the upcoming iPhone 13 Pro.

--We have also learnt that Apple is planning to introduce bigger batteries to the iPhone 13 models. As per a Chinese source, the iPhone 13 mini will have a 2,406 mAh cell, the iPhone 13 and 13 Pro will sport a 3,095 mAh battery, while the iPhone 13 Pro Max will come with a 4352mAh capacity.

--Apple is also reported to be working on the A15 Bionic chipset being developed by TSMC. As per our information, this chipset is based on a 5nm manufacturing process similar to the A14 Bionic. This new chipset is supposed to bring major performance and battery improvements to the upcoming iPhones.

--We had also heard that Apple might bump up the storage to 1TB on the upcoming iPhone 13 Pro models. Now an analyst has confirmed the previous leak saying that this change is coming to the high-end iPhone 13 models. Currently, the storage on the iPhone 12 models is capped at 512GB. Hence, this could be a welcome change for iPhone users.

--Further, the iPhone 13 models are supposed to see improvements on the connectivity front as well. Apple's settlement with Qualcomm allows them to use Qualcomm's latest Snapdragon X60 5G modem. This modem will supposedly be integrated into the upcoming A15 Bionic chipset, thereby saving battery life. Not to miss, the iPhone 13 Pro may also get WiFi-6E support. --The iPhone 13 Pro is also expected to see improved cameras. The very first leak says that the iPhone 13 Pro and iPhone 13 Pro Max will feature a six-element Ultra-wide lens as per the leaks. This is supposed to improve the image and auto-focus capability of the respective devices.

--Interestingly, Apple is also looking for suppliers for a "folded lens" camera to improve optical zoom capabilities on the iPhone 13 models. Besides this, all upcoming iPhones are supposed to feature upgraded ultra-wide sensors with a dedicated astrography mode.

--In addition, Ming-Chi Kuo has predicted that the iPhone 13 Pro and 13 Pro Max will include larger apertures on their ultra-wide cameras. Kuo also said that both phones would come with an f/1.8 aperture, up from the f/2.4 on the iPhone 12.

iPhones generally arrive during the September launch events. Apple has successfully conducted the Spring-loaded event and is going to host the WWDC 2021 keynote 2021 starting June 7 virtually. Now that Apple has no delays, we are guessing the iPhone 13 Pro to arrive alongside other iPhone 13 models in September itself.