The Mac Mini M1X may launch at WWDC 2021. A fresh leak has revealed the complete design of the upcoming Mac Mini ahead of the event. Keeping that in mind, we decided to detail everything known so far about the Mac Mini M1X.

Apple may be busy gearing up for the upcoming WWDC 2021 event, which will be virtual again like last year. But, leaks around a few expected products have flooded the internet. Previously we learnt about the MacBook Pro with M1X, MacBook Air with M1X, and now we have the renders of the Mac Mini M1X. In addition to that, the tipster also believes that the Mac Mini M1X could launch alongside MacBook Pro M1X at WWDC 2021.

If you can remember, Apple introduced the M1 Mac Mini in November last year. This is the first significant update to the Mac Mini since 2018. The current-gen Mac Mini is a beefy desktop PC and serves almost all used cases. Hence, it's tough to predict so to why Apple is planning to refresh the Mac Mini.

The fresh leak suggested that the upcoming Mac Mini will get a design refresh, a new M1X chipset and more ports. Now that the new Mac Mini launch is on the cards, we decided to stack everything we know so far about it.

--Up until now, we had only heard about a refreshed Mac Mini. However, fresh renders coming from Jon Prosser provide us with our first look at the Mac Mini with M1X. Prosser claims that the upcoming Mac Mini will look similar to the current-gen Mac Mini but will be smaller in size. He also says that the PC will get a new chassis with a "plexiglass-like" reflective surface on the top. Further, Prosser detailed the ports, including four Thunderbolt ports, two USB-A ports, an Ethernet port, an HDMI port, and a magnetic power port, the same as the 24-inch iMac. --The upcoming M1X Mac Mini looks slimmer in comparison with the current version. It's also worth noting that two thick strips have replaced the circular grips on the bottom. The M1X Mac Mini is expected to ship in two colours.

--We have also learnt that the upcoming Mac Mini will take over the high-end Mac Mini powered by a six-core i5 SoC. Since the arrival of the M1 Mac's Apple is gradually replacing all the leftover Intel-powered Macs in the market.

--A recent report from Bloomberg says the new Mac Mini is codenamed J374. Further, it will be powered by the M1X chipset that is also supposed to power the upcoming MacBook Pro. Through the same report, we know that Apple is planning two different chips for the MacBook Pros. These chipsets are codenamed Jade C-Chop and Jade C-Die, including eight high-performance cores and two energy-efficient cores. Not to miss, these chipsets will be offered in either 16 or 32 graphics core variations. 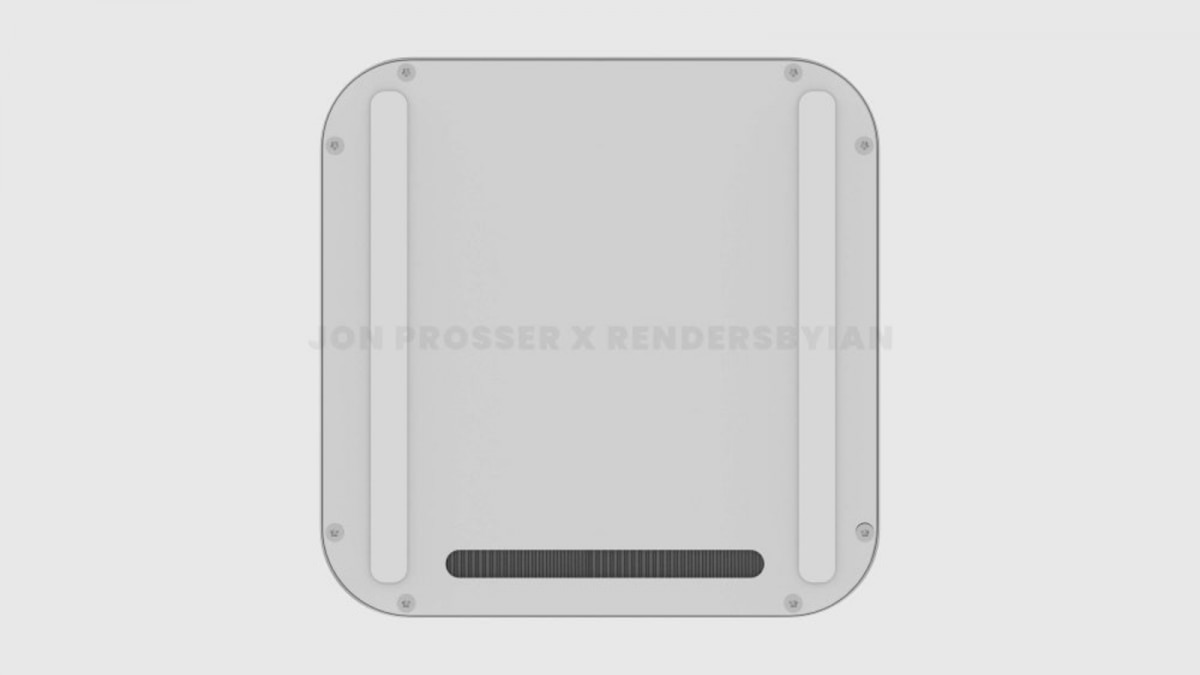 --In comparison, the current M1 chipset mini has an 8-core CPU with four high-efficiency cores and four high-performance cores, along with an integrated GPU that has eight cores. Considering the number of increased performance and graphic cores, we assume that there will be a major performance bump on the upcoming Mac Mini.

--We may also see an improved cooling system in order to keep the temperature in check. However, it's also possible that Apple may use the exact mechanism seen on the Mac Mini M1.

--With these expected changes, the Mac Mini M1X could be the right PC for consumers who are concerned with portability and performance.

WWDC 2021 kicks off on June 7, and while this is a developer-focused conference, Apple sometimes does take this opportunity to launch a few hardware products. Several reports have tipped that the Mac Mini powered by a new M1X chip may arrive during the WWDC event alongside MacBook Pro 16 powered by the same chipset. In case that doesn't happen, the launch could take place at the end of the year.

Currently, there's no information around the pricing of the Mac Mini M1X. However, we do know that the upcoming PC will replace the Intel Core i5 powered Mac Mini. Last year, the Mac Mini was launched with an M1 chip featuring 8-core CPU and 8-core GPU with prices starting at Rs 64,900 and going up till Rs 84,900 for the top storage trim.