Some of the popular devices that were affected after the last update includes the A50s, A51, M30s, M31 and others that were launched in 2019 with Exynos 9611.

Several Galaxy M series and A series users in India are facing a lot of issues with the devices. The users have reported freezing issues and auto reboot. However, this was not always the case. The issues have surfaced after a recent update that was rolled out last month. Some of the popular devices that were affected after the last update includes the A50s, A51, M30s, M31 and others that were launched in 2019 with Exynos 9611.

Taking to Twitter, a user wrote, "Respected sir and Samsung, in this unprecedented times of covid-19 ,SAMSUNG further added more misery to my life by not fixing the bug which caused by mobile to frequents restarts & freezing problem. I REQUEST U TO SOLVE IT. Samsung has asked users to log the issue using Samsung Members Application but not revealed whether the bug was due to a hardware or a software issue. 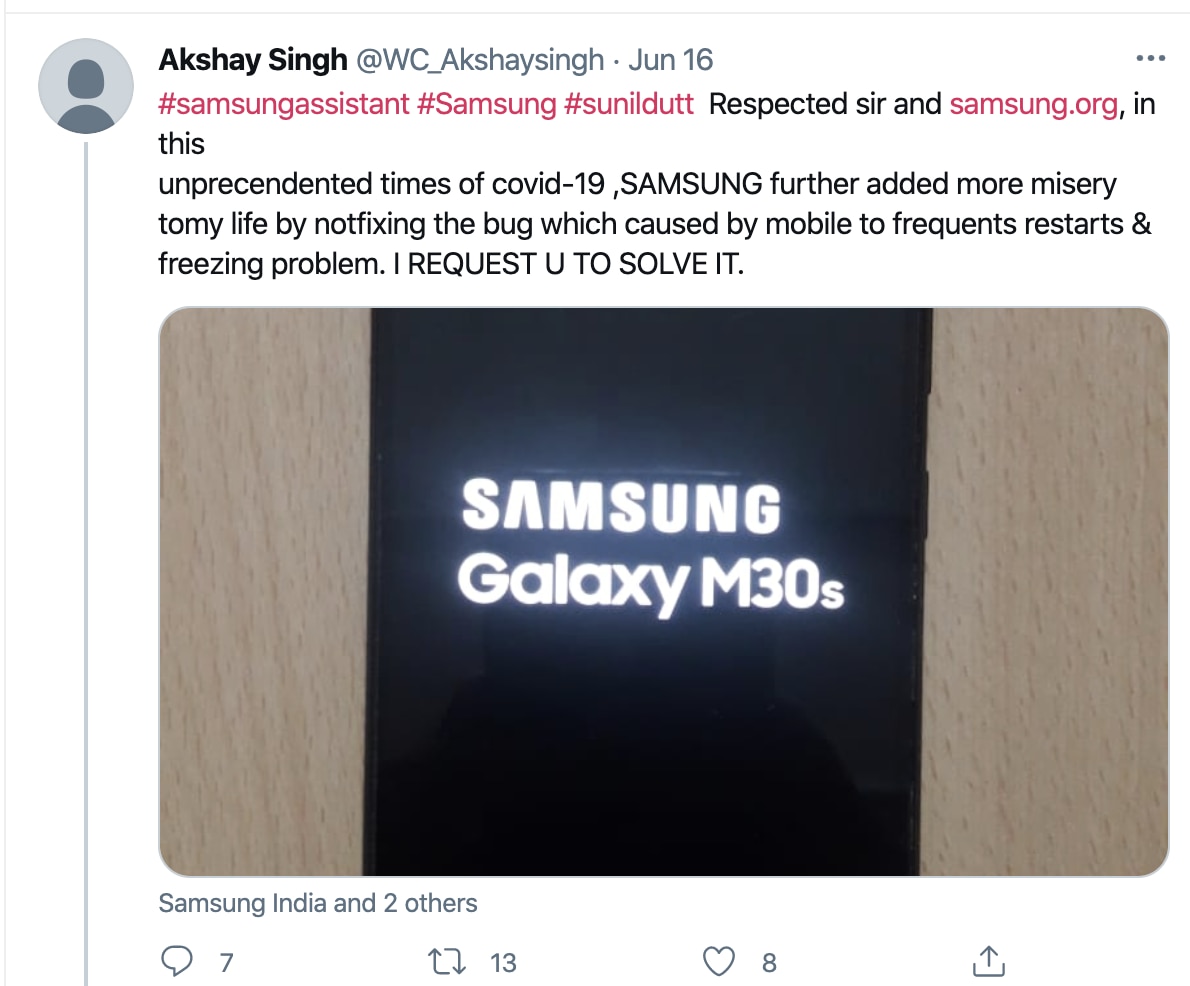 A user on the Samsung community page revealed that when he sent his device logs to the tech team he was asked to visit the service centre. He was told by the team that it was a hardware issue. Many users like him were asked by the service centre to replace the motherboard. The cost of the motherboard can be between 6000 and 8000 depending on the model but if you still have the warranty left, you can get it replaced for free but if the warranty period, you will have to shell out money.

Samsung is yet to announce an official statement about issues being faced by the users of some of the A-series and M series phones.

The Galaxy M32 is powered by an octa-core Mediatek Helio G80 processor coupled with up to 6GB of RAM. It features a quad-camera setup on the rear which includes a 64-megapixel primary sensor along with an 8-megapixel ultra-wide lens, 2-megapixel depth sensor and 2-megapixel macro sensor. On the front, there is a 20-megapixel camera for selfies. The smartphone also houses a 6000mAh battery with 15W charging support.