Apart from all the usual features, the Timex Fit smartwatch also comes with a telemedicine feature, which as per the company, allows users to get in touch with doctors through the Timex Fit app. 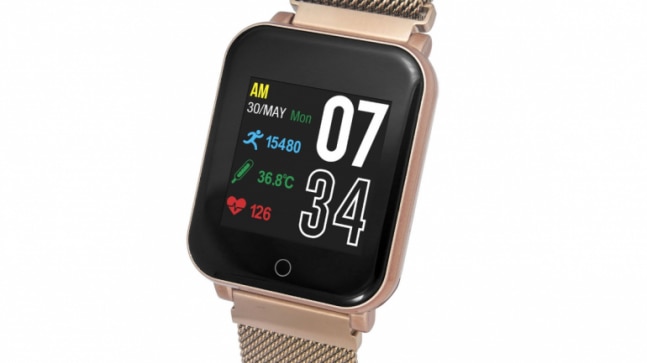 Timex has launched the smartwatch with metal and silicon band options. It features a square-shaped dial with thick bezels around the corners. An in-display home button can also be seen in the pictures. So let us have a look at the price and other specifications of the smartwatch.

The smartwatch can be purchase for the official website of Timex as well as the offline retailers. The company has not announced yet whether it plans to make the smartwatch available for purchase on e-commerce websites.

The Timex Fir smartwatch comes with 35mm case size, which has a plastic built and is rectangular. The company claims that the smartwatch supports 10 watch faces. The user can also set pictures from his phone's gallery as his watch face. Timex has not revealed whether the watch faces are available in the watch itself or can be downloaded through the Fit app. Coming to the activity modes, the Timex watch can track running, cycling, tennis, yoga, dance, badminton, basketball, football, hiking, and gymming.

As far as the sensors are concerned, the smartwatch can track your sleep, measure your temperature, SPO2 and heart rate monitor.

Now, those were the common features that are available in almost every smartwatch. The highlight of the Timex Fit app is its telemedicine feature. The new feature allows the users to get in touch with doctors instantly through the app. The Fit app is available on Google Play Store and Apple App Store. In the battery department, the company claims that smartwatch offers a 6-day battery life

Sony is planning to bring PlayStation games to your mobile phones