cVIGIL app allows people to record any violation of the code of conduct and send it to the relevant authority for appropriate action. 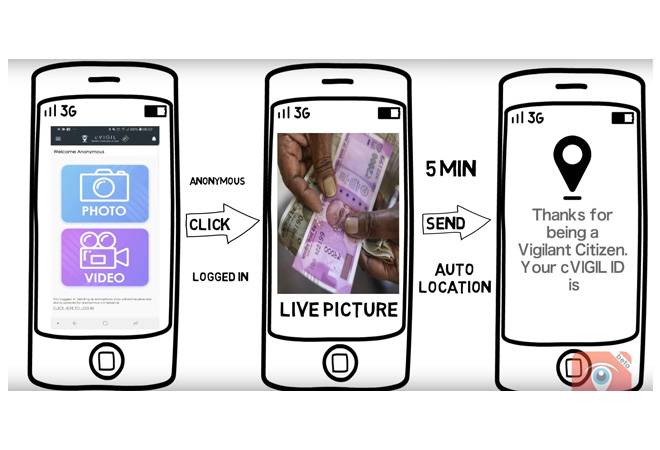 The Election Commission (EC) of India has announced the dates of polling for the 2019 Lok Sabha election and the Model Code of Conduct (MCC) for the guidance of political parties and candidates has come into effect. However, oftentimes, the political parties violate this MCC. To keep the political parties in check, EC has decided to introduce a mobile app 'cVIGIL', which stands for "citizens' vigil", on a pan-India level. The app was initially launched in 2018 and was put to test during the Assembly elections of Madhya Pradesh, Chhattisgarh, Rajasthan, Telangana and Mizoram.

The app allows people to record any violation of the code of conduct and send it to the relevant election authority. Talking about the cVIGIL app, Chief Election Commissioner (CEC) Sunil Arora said, "By using the cVIGIL app, citizens can record on his Android mobile and promptly to election authorities report any violation of Model Code of Conduct, any incident of intimidation or inducement within minutes of having witnessed them and without having to go to the office of the returning officer".

The app allows any person to click a picture or record a 2 minute video in case there is a violation of the code of conduct. The photo or video then can be easily uploaded on the cVIGIL app. The app will then use the location services of the mobile device to automatically pin-point the location. Once the picture or the video is submitted, the citizen will get a Unique ID that will enable him to track and get updates on his mobile device. The citizen can report as many violations as possible.

There are also the chances of misuse of the app by the political parties to target the opposition. However, to check such misuse the app does not allow pre-recorded videos or old images to be uploaded. Also, once the image is clicked or the video is recorded, the app will provide a window of only 5 minutes to the user to report the incident.

Earlier on Sunday, the Election Commission announced that the 17th Lok Sabha elections will be held in seven phases starting April 11, followed by counting of votes on May 23. The five-year term of the 16th Lok Sabha is due to expire on June 3, 2019.