Announcing the schedule for 2019 Lok Sabha polls, the Election Commission said the VVPAT will be used in all polling stations this time. 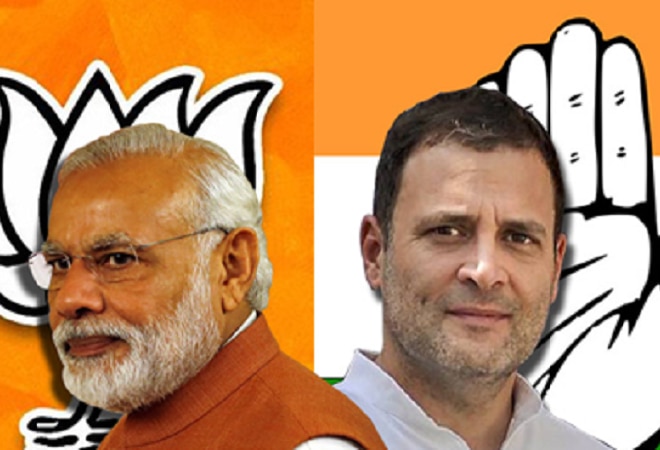 The Election Commission has imposed 'model code of conduct' with immediate effect for the Lok Sabha elections 2019 on Sunday. Commission further announced that 'voter-verifiable paper audit trail' (VVPAT) will be used in all voting stations from this time.

Sunil Arora, Chief Election Commissioner, said that the model code of conduct would come into immediate effect from Sunday and 10 lakh polling stations would be set up this time as against about 9 lakh in 2014. The model code of conduct prohibits the government from announcing any policy or making a similar move that may affect the voters' decision. The Lok Sabha polls will start from April 11 and will be held in seven phases followed by vote counting on May 23.

Announcing the schedule for 2019 Lok Sabha polls, the Election Commission said the VVPAT will be used in all polling stations this time. Chief EC said that all advertisements made by political parties on social media will also need a pre-certification.

Sunil Arora added that the first phase of voting will be held on April 11, second on April 18, third on April 23 and fourth on April 29, fifth on May 6, sixth on May 12 and seventh phase on May 19. Counting of votes would be done on May 23 for all seven stages of 2019 Lok Sabha polls.

2014's Lok Sabha elections were held across 9 stages, from April 7 to May 9 and the final decision was announced on May 16. Total of 8,251 candidates, with an average of 15 contestants in each constituency participated in previous elections. However, around 7,000 contestants' deposits were forfeited.

Additionally, more than 55 crore voters, 66.3 per cent of total voting citizens of the country, practiced their voting right in over 9 lakh polling stations. Interestingly, out of the total 543 elected candidates, only 62 were women.

Lok Sabha election dates announced: What exactly is the Model Code of Conduct?