US President Donald Trump had said that if ByteDance sells TikTok to a US company, a substantial part should go to the US treasury. 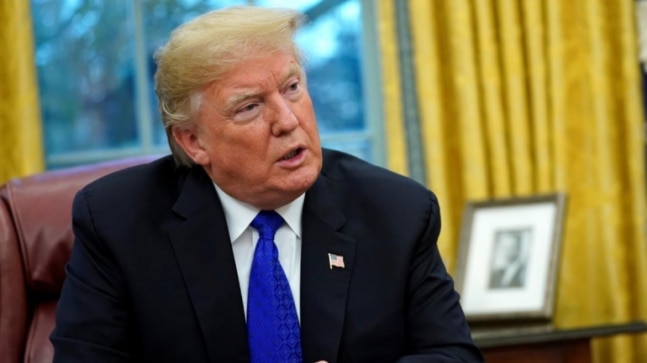 US President Donald Trump on Thursday said there is no legal path through which the American government can take money from TikTok.

While signing the executive order for Tiktok ,Trump had said that a substantial cut of assets should go to the US government's treasury in case the company enters into a deal with an American company. Trump on Wednesday said that he had told government lawyers he wanted "a big chunk of that money to go to the United States government because we made it possible," but that lawyers indicated there's no way of doing that.

Trump further said that he is being briefed on the deal saying that any proposal needs to be 100 per cent on national security and that he is not prepared to sign off anything at this point.

Oracle on Tuesday confirmed being chosen by Bytedance as TikTok's technical partner in the United States. However, Trump does not like that from the standpoint of ByteDance. A report by Bloomberg noted that if Oracle buys TikTok the ByteDance would keep a major stake and the US company would get a minor stake. "Well, we're looking into that," Trump said. "From the standpoint of ByteDance, we don't like that. I mean, just conceptually I can tell you I don't like that. That has not been told to me yet," Trump said as per a report by CNBC.

ByteDance has until September 20 to announce the sale of TikTok in the US failing which it will have to face a ban by September 29.

Earlier, a report by Reuters stated that Beijing opposes a forced sale of TikTok's US operations by its Chinese owner ByteDance, and would prefer to see the short video app shut down in the United States.

Even if the two companies finalise a partnership, it will not ease TikTok's ban in India. Officials told ET that picking Oracle as its trusted tech partner instead of an outright sale may not be adequate to assuage the Indian government's concerns about data transfer to Chinese servers, said one of the officials.

China will have to approve TikTok-Oracle deal: ByteDance