The in-app browser history is inaccessible to Facebook or WhatsApp. Also, if you do not want to use the WhatsApp's in-app browser, you can deactivate it in the settings. 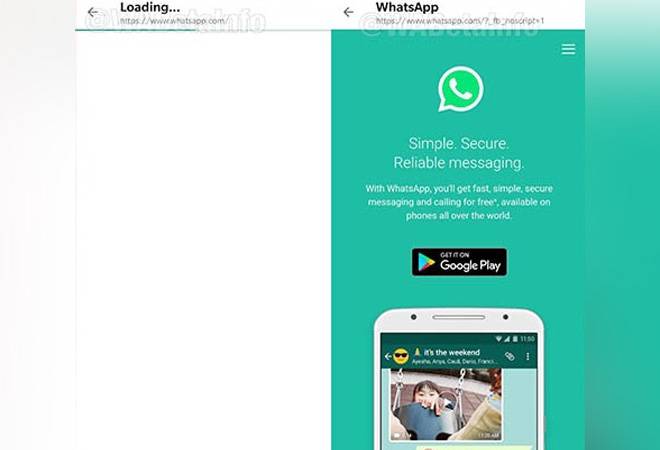 WhatsApp has submitted a new update that will support an in-app browser. The feature is still under development and has not been made available to the users and it will require Android 4.1 or newer. WhatsApp is currently trying to iron-out the bugs before the feature is made available for everyone.

"In the current stage of development, WhatsApp doesn't allow to natively make screenshots or video captures while using the in-app browser: reasons are unknown, and we don't know if this will change before the release of the feature," the WABetainfo report noted.

"WhatsApp is intentioned to enable this feature for everyone, but this is a great news that confirms their interest for the Android platform," the report added.

Additionally, the in-app browser history is inaccessible to Facebook or WhatsApp. If you do not want to use the WhatsApp's in-app browser, you can deactivate it in the settings.

"If you choose to use the in-app browser when it will be available in future, you should not worry because WhatsApp or Facebook would not be able to access your search history because the feature uses an Android Application Programming Interface (API), so everything is managed by the system," the report said.

According to the WABetainfo, WhatsApp has brought the in-app browser to the new version 2.19.74. via the Google Play Beta Program.

Earlier, it was reported that WhatsApp is also testing 'search image' feature for Android to combat fake news that spreads via photos. This feature will easily let you know whether the picture is fake or genuine. The new search image feature was discovered in the latest WhatsApp beta update 2.19.73.

Both, in-app browser and search image features, will help users to stay secure and minimise the spread of fake and objectionable content via its platform.

Also Read: WhatsApp image search feature may help you find if the picture is fake or real