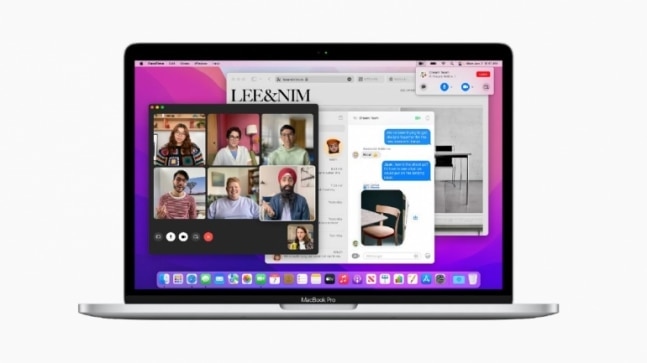 Apple is enthralling its fans with a series of announcements meant to provide an improved user experience across its devices. Alongside iOS 15 and iPadOS 15, the company has introduced a new operating system update for Mac called 'Monterey'.

macOS Monterey introduces a host of new features for Mac owners, including most of the new updates that Apple announced for iOS 15 and iPadOS15. These include Share Play, Screen Sharing, Portrait Mode, Voice Isolation on FaceTime, the new QuickNote and more.

In addition, the new version of macOS will bring Universal Control that will let users share a single mouse and keyboard for their Mac and iPad. With this, users will be able to easily switch between the two devices when they're placed next to each other. The feature will also allow users to drag and drop files between Mac and iPad.

Apple has also announced a new design for Safari on macOS Monterey. The web browser by the tech major will now support more compact tabs, with a new option of Tab Groups. These Tab Groups will also sync across Mac, iPhone, and iPad. Tabs on Safari will now also be able to change colours as per the websites being visited.

macOS Monterey also brings AirPlay to Mac, a feature that will let users play music or podcasts on their Mac, or use their Mac as a secondary speaker for multiroom audio. Mac now also gets Shortcuts, to automate everyday tasks. The feature is integrated throughout macOS, including the menu bar, Finder, Spotlight, and even hands-free with Siri.

Apple says that a developer beta for the macOS Monterey will be available today, while a public beta for the new operating system will be released sometime in July. The company is aiming to release the stable version later this fall. Once out, the new macOS Monterey will support the broadest lineup of Macs in history, including the latest iMac, MacBook Air, 13-inch MacBook Pro, and Mac mini, as well as Apple's Intel-based Macs.