Sudhanshu Dhar Mishra, the Superintendent of Police rank officer was transferred and replaced with Biswajit Das on the day FIR was filed naming Kochhar as an accused. 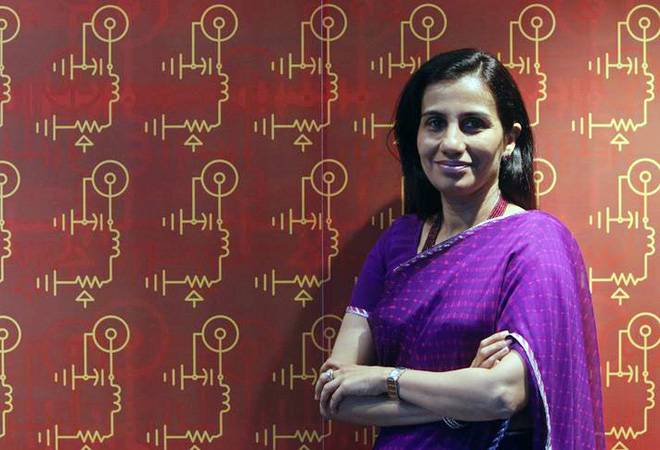 The Central Bureau of Investigation has ordered an internal inquiry against the officer who filed FIR against former ICICI bank CEO & MD Chanda Kochhar for allegedly leaking information. Sudhanshu Dhar Mishra, the Superintendent of Police rank officer looking after of BS&FC, New Delhi Unit was transferred and replaced with Biswajit Das on the day FIR was filed naming Kochhar as an accused.

Sources in the agency maintain that the information about raids at the offices and premises related to Videocon Group and NuPower Renewables Pvt Ltd. was leaked and that is why Mishra was transferred and a new officer was appointed.

Interestingly, as then Joint Director of Bank Security and Frauds Cell (BS&FC), New Delhi Unit, Praveen Sinha gave the endorsement for conversion of Chanda Kochhar case PE into FIR but before it was put into effect, Sinha was replaced with Murugesan as JD, BS&FC.

The transfer order also came into place just two days before Arun Jaitley took to social media and questioned actions by the CBI against Chanda Kochhar.

"Shudhanshu Dar, the officer, then SP, BS&FC who registered FIR in Chanda Kochhar case was 'strongly suspected' for leaking info regarding the searches which was being planned. Hence he was transferred out on Jan 23. A detailed enquiry has been ordered, the role of others also being looked," said an officer of CBI.

CBI maintains that the former CEO and MD of ICICI Bank, Chanda Kochhar got "illegal gratification" through her husband from Videocon Group/Venugopal Dhoot for sanctioning the loan. According to the agency, Videocon was given loans after Chanda Kochhar took charge as MD-CEO of ICICI Bank on May 1, 2009. She herself was in a sanctioning committee which approved a loan of Rs 300 crores to Videocon International Electronics Ltd (VIEL) & Rs 750 crore to Videocon Industries Ltd (VIL).

"In all, ICICI Bank sanctioned 6 high-value loans to various Videocon companies between June 2009 and October 2011 when Chanda Kochhar was MD-CEO of the bank," said a CBI source.

According to the FIR, a copy of which is available with India Today, total loans of Rs 1,575 crore given by ICICI Bank to the Videocon group had turned non-performing assets (NPA).

The controversial development came just after  Arun Jaitley took to social media and questioned actions by the CBI against Chanda Kochhar.

"There is a fundamental difference between investigative adventurism and professional investigation. Investigative adventurism involves casting the net too wide including people with no mens rea or even having a common intention to commit an offence, relying on presumptions and surmises with no legally admissible evidence. Adventurism leads to media leaks, ruins reputations and eventually invites strictures and not convictions. In the process, the targets are ruined because of harassment, loss of reputation and financial costs. It costs people their career," wrote Jaitely who is in the US for his treatment.

ED to confiscate properties of Speak Asia worth Rs 89 crore