Addressing the gathering after hoisting the national flag at Police Parade Ground, Baghel also announced creation of a new district, Gaurela-Pendra-Marwahi, taking the number of districts in the state to 28 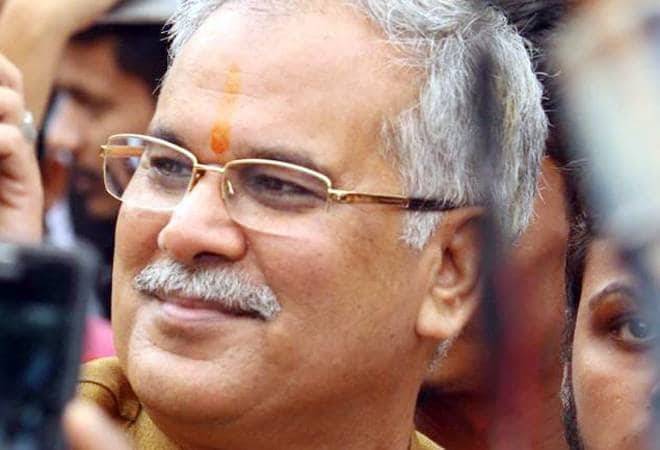 Total reservation in Chhattisgarh to cross 70%

Quota for OBCs and SCs in education and government jobs would be increased in Chhattisgarh, chief minister Bhupesh Baghel announced during the Independence Day function on Thursday.

Addressing the gathering after hoisting the national flag at Police Parade Ground, Baghel also announced creation of a new district, Gaurela-Pendra-Marwahi, taking the number of districts in the state to 28.

He said it was the government's duty to protect the constitutional rights of the STs, SCs and OBCs.

The Lemru forest in Korba district would be developed as an elephant reserve to curb man-animal conflict in northern Chhattisgarh, he said.

"The state has witnessed a loss of life and property due to the movement of elephants. One of the key reasons for the menace is elephants are facing a threat to their habitats. In view of this, we will set up Lemru Elephant Reserve," he said.

It will be the "first of its kind in the world" and provide a permanent habitat to the pachyderms, Baghel stated.

On 2 October this year, `Suposhan Abhiyan' would be launched to fight malnutrition, he said.

A new district, named `Gaurela-Pendra-Marwahi', would be carved out of Bilaspur district and25 new tehsils will also be formed across the state, he added.

An assistance of Rs 10,000 per month will be provided to 'gowthan' (cow shelter) committees to provide an honorarium to herdsmen and other facilities at cow shelters, he said.

"Mahatma Gandhi had said India attained political independence (in 1947), but it is yet to achieve socio-economic and moral freedom. The forces which took away Bapu from us a few months after Independence are now engaged in severing Bapu's dreams from India," he said.

"Pandit Jawaharlal Nehru's policies led to the establishment of various public undertakings including Bhilai Steel Plant, NTPC, NMDC, SECL, Balco....Is there any other model of socio-economic, community and educational development better than Bhilai Steel Plant? If not, then what right do we have to belittle the contribution of our great leaders," he said, in an apparent reference to the BJP's criticism of the country's first prime minister.

"We have launched a special initiative to provide forest land rights to tribals in Abhujmad. A wider campaign to provide community forest rights has also been started," he added.

To groom budding sportspersons, a sports authority will be constituted and sports schools and academies will be set up, Baghel said.

The chief minister also promised 200 food parks, saying land has been earmarked for them in 67 blocks.

On the Naxal issue, Baghel said, "The state government will resolve the Naxal problem by holding dialogue with people from every section of society....We have started talks in Bastar which will continue. Our policy of `faith, development and security' has curbed naxal activities."