Sri Lankan govt declared Monday, a special holiday to facilitate the combat operations of the deadly virus with new directives to quarantine all individuals arriving in the country other than from China 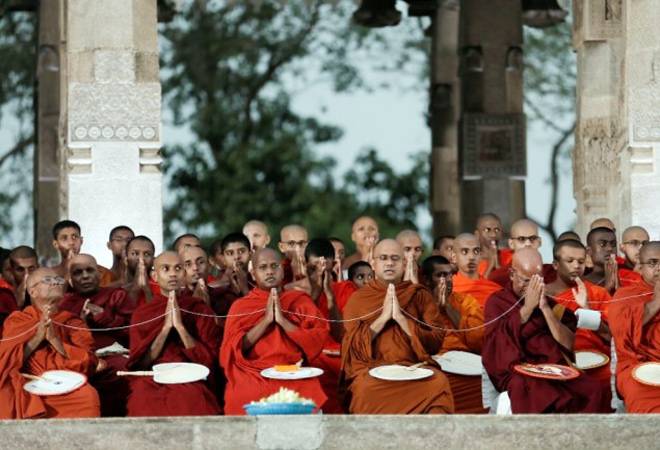 Sri Lanka is conducting week-long Buddhist prayers as a means to combat the growing threat of the deadly coronavirus that has infected over 100,000 people globally.

As of Sunday, the number of confirmed cases reported in Sri Lanka are 11 with over 137 being hospitalised.

"We have organised to recite the 'Rathana Suthraya' over a week through which we hope that not only Sri Lanka, the entire world would be blessed in combating this disease," Venerable Warakagoda Gnanarathana, who heads the powerful Asgiriya sect, told reporters.

"This will be held commencing March 18 for a week near the Temple of the Tooth in Kandy," the high priest said.

Gnanarathna said in the history of Buddhism the Rathana Suthra was recited during times of plague and disease. The suthra was recited by the Lord Buddha when an Indian city of Visala was being plagued by disease and famine.

The government declared Monday, a special holiday to facilitate the combat operations of the deadly virus with new directives to quarantine all individuals arriving in the country other than from China

Anil Jasinghe, the health chief said the Chinese who arrive here are being put through a quarantine process.

There are over 1,700 people in quarantine right now with 10 confirmed cases of COVID-19.

All passengers from 11 countries are now being quarantined, airport officials said. All flights to Sri Lanka from the UK, Norway and Belgium are suspended.

The Civil Aviation Authority also announced the closing down of the Jaffna international airport operations because of the virus threat. Jaffna operates flights to Chennai.

The Catholic church has cancelled its Sunday masses for two weeks. Already all public events have been cancelled.

Sri Lanka has shut schools and universities with the first announcement of the affected Sri Lanka national. They will remain closed until April 20.

The deadly virus, which originated in China's Wuhan city in December, has claimed over 6,500 lives and infected more than 169,000 people over 135 countries and territories.