Till now 12 banks are under the purview of PCA framework. 11 are public sector banks (PSB) and one is a private bank. Seven out of 12 banks have shown improvement after coming under the RBI's PCA list. 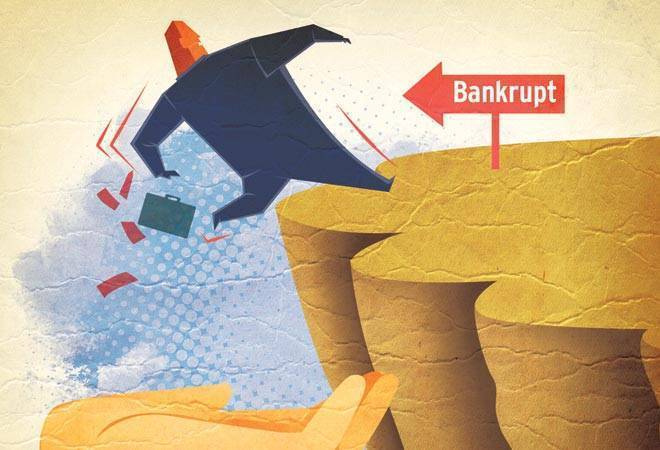 The tussle between the Reserve Bank of India (RBI) and the government has reached a level where finding a middle ground looks difficult, if not impossible.

The Centre took the unprecedented call of invoking Section 7 of the RBI Act, 1934 for the first time in history to direct the RBI on issues that are plaguing the Indian economy. One of them is to ease RBI's tight norms on prompt corrective action (PCA) against 12 banks.

RBI and the centre's differences are in relation to the apex bank's handling of weak public sector banks, tight liquidity in the market and resolving bad loans in the power sector. Some reports even claimed that RBI Governor Urjit Patel was considering resigning if the situation worsened.

Till now 12 banks are under the purview of PCA framework. 11 are public sector banks (PSB) and one is a private bank. In 2014, United Bank of India became the first bank to be added to the PCA list. Two more were added in 2015 and eight other under-performing banks in 2017. Recently Allahabad Bank was added to the list in January 2018. Seven out of 12 banks have shown improvement after coming under the RBI's PCA list.

Here's how these 12 banks under the PCA list have fared:

Corporation Bank came under the purview of PCA framework in December, 2017. Corporation Bank has displayed improved performance under the PCA plan. It posted a profit of Rs 84.96 crores in Q1 FY19. Return on assets was at 0.17 per cent, indicating future profit potential. Capital Adequacy Ratio (CAR) as per Basel III norms stood at 8.46 per cent. However it lacked on the non-performing asset front as its NPA saw rise of 0.73 per cent and stood at 11.46 per cent.

PCA framework was implemented on Bank of India in December, 2017. Since then the bank has been able stage a turnaround posting better quarterly results. Profit after tax for June quarter was Rs 95.11 crores, an improvement from the preceding quarter when it posted a loss of Rs 3,969.27 crores. Net NPA stood at 8.45 per cent which has seen a drop of 1.84 per cent since the implementation of PCA. CAR as per Basel III norms stood at 11.43 per cent. Return on assets (ROA) which stood at 0.06 per cent, also displayed growth after being negative for two consecutive quarters (-2.36 in Q4 FY17 and -1.36 in Q3 FY17), indicating increased profitability potential in future.

Allahabad Bank was introduced under the PCA framework in January, 2018. Since then Allahabad bank has shown slight improvement. Its net loss has decreased by 45.6 per cent, net NPA has fallen by 1.81 per cent, and return on assets (ROA) has improved by 44.19 per cent. But, ROA is still negative at -3.22 in the June quarter. CAR as per Basel III norms has reduced to 6.88 per cent.

The bank was added to the PCA queue in October 2017. Oriental Bank has performed better than most PSBs banks in the PCA framework. It was able to post a profit of Rs 101.74 crores in Q2 FY19 which represents an increase by over 125 per cent since Q1 FY19. Its net NPA stood at just over 10 per cent and CAR as per Basel III norms was at 10.35 per cent. The best part of its performance was that it was able to turnaround its ROA after being in the negative for 7 continuous quarters. As of Q2 FY19, its ROA stood at 0.16 per cent.

Bank of Maharashtra came under the PCA purview in June, 2017. Only once in the last six quarters has it been profitable, that too a mere Rs 27 crores in September 2018. CAR as per Basel III norms stood at 9.87 per cent which is a reduction of 1.21 per cent since June 2017. Net NPA witnessed a fall of 1.87 per cent. ROA has made a comeback at 0.07 per cent, which was earlier consistently in negative for straight 10 quarters.

Dhanlaxmi Bank was introduced under the PCA framework in November 2015. It is the only private sector bank under the purview of RBI's PCA. Since then, its losses have reduced. In FY18 it posted a loss of Rs 24.87 crores which was Rs 241.47 crores in FY15. Its ROA has worsened in FY18 to 0.20 per cent. The bank has adequate CAR of 13.87 per cent as of FY18. The only good thing about Dhanlaxmi Bank is that it has fewer net NPAs as compared to other banks in the PCA list. Its net NPAs stood at only 2.92 per cent as of September 2018.

PCA framework was implemented on UCO bank in May, 2017 by the RBI. Since then its performance has been more or less the same. Its net loss stood at Rs 633.88 crores in Q1 FY19. Its net NPAs have increased, instead of decreasing, to 12.74 per cent, with CAR at 9.18 per cent. ROA stood weak at -1.1 per cent. ROA of UCO bank has been in the negative since the last 11 quarters.

Dena Bank came under the PCA purview in May, 2017. Since then it has consistently underperformed. As per the latest filings available it posted a net loss of Rs 416.7 crores in Q2 FY19.Its net NPAs which stood at 11.7 per cent in Q2 FY19 are also increasing. NPAs have risen by close to 0.5 per cent since it has come under PCA. ROA of Dena Bank is -1.44 per cent. ROA has been negative since the last 3 quarters. CAR stood high a 10.1 per cent for Q2 FY19.

Indian Overseas Bank was added to the PCA queue in August, 2015. It was the second bank that came under the purview of PCA. Since then, its NPAs have been on the higher side. Its net NPA stood tall at 14.34 per cent in Q2 FY19. Its NPAs have been above 13 per cent since the last 10 quarters and it has suffered losses in the last 13 quarters. As of September 2018 its net loss stood at Rs 487.26 crores. ROA, which is a measure of profitability, is also negative for the last 13 quarters and stood at -0.71 per cent in Q2 FY19. CAR as per Basel III norms stood at 9.16 per cent.

RBI added IDBI bank to PCA list in May, 2017. IDBI Bank has probably been the worst in the lot of underperformers. Its net loss has been mounting since December 2017. Net loss for the Q1 FY19 stood at Rs 2,409.89 crores. Non-Performing assets are also consistently rising since the introduction of the PCA framework. IDBI's net NPA stood at a staggering 18.76 per cent. CAR as per Basel III norms stood at 8.18 per cent.

Earlier, in March 2018 Credit Suisse said Punjab National Bank and Andhra Bank could be next additions in the PCA purview.

The PCA framework is implemented if a commercial bank's performance falls below a specified mark. The PCA framework specifies the trigger points or the parameters at which the RBI will intervene with corrective action.

The parameters and their levels, at which corrective action kicks-in are:Some of the structured and discretionary actions that could be implemented by the Reserve Bank against banks under PCA are restrictions on distributing dividends, remitting profits and certain deposits. Besides, there are restrictions on the expansion of branch network, and the lenders need to maintain higher provisions, along with caps on management compensation and directors' fees. The corrective action gets tougher if the financials worsen.
TweetYoutube
Tags: Reserve Bank of India | RBI | prompt corrective action | PCA | Urjit Patel | public sector bank | PSB | Corporation Bank | Bank of India | Allahabad Bank | Oriental Bank of Commerce | Bank of Maharashtra | Dhanlaxmi Bank | UCO Bank | Dena Bank | Central Bank of India | Indian Overseas B