These 1,000 low-floor electric buses will be parked and charged overnight at six depots called as parent depots. 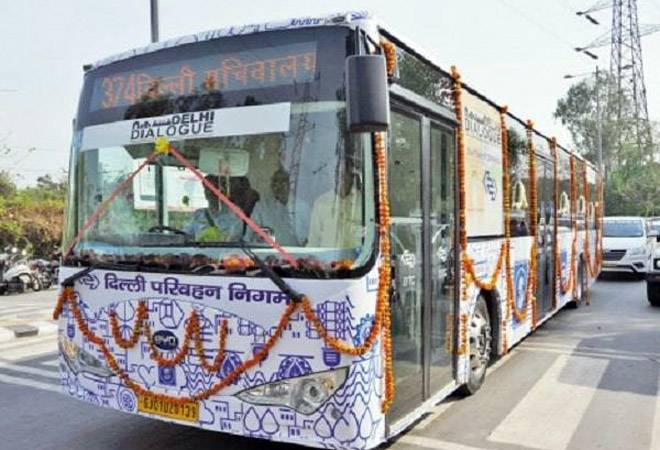 The Delhi Cabinet on Saturday approved a proposal to add 1,000 low-floor AC electric buses to the national capital's public transport fleet, claiming to be the first city in the country having a large number of such vehicles.

"This is the largest such commitment so far by any Indian city and for any city outside of China," a Delhi government statement said.

The cabinet took the decision at a meeting chaired by Chief Minister Arvind Kejriwal.

The Delhi government is committed to providing an efficient and environment-friendly mode of public transport for the residents of the city. Creating sufficient capacity in the public transport system is the only way to reduce air pollution in Delhi and bring down the number of vehicles on the roads of the national capital to reduce congestion, the statement said.

The cabinet also gave its approval to allow the Transport department to ask the prospective bidders to bring the buses with CCTV, Automatic Vehicle Tracking System (AVTS), panic buttons and panic alarms, as per the specification finalised by the government.

The cabinet also approved the proposal to authorise the Transport minister for approval of all Request for Qualification and Proposals (RFQPs) under this project.

These 1,000 low-floor electric buses will be parked and charged overnight at six depots called as parent depots.

The cabinet has decided that subsidy and power infrastructure up to parent depots, estimated to be Rs 800 crore, will be funded through the utilisation of the Environment Compensation Charge (ECC) funds, presently a corpus of approximately Rs 1,100 crore, subject to directions and orders of the Supreme Court on this issue, the statement added.

The first set of tenders are expected to be released within a week and the first lot of electric buses are likely to hit the streets before the end of this year.