Danone India's flagship brand Protinex is available in 2.18 lakh retail stores across the country. The effort has been to position it as a consumer-friendly brand, rather than being a doctor-prescribed brand, which it traditionally was 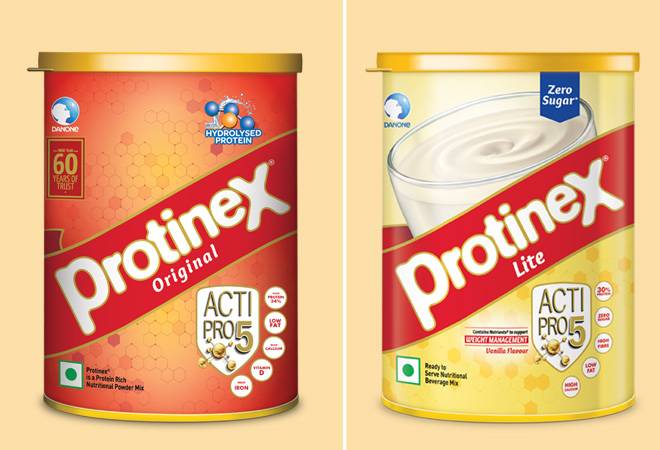 When French dairy and nutrition major Danone announced its exit from the dairy business in India in early 2018, it came as a huge surprise to the industry. The company was the first to introduce flavoured yogurts in the country. It had also been reiterating its commitment to the Indian market. But the company would have realised that despite being laden with opportunities, the dairy business in India was tough and was a capital guzzler.

As opposed to the dairy business that was reportedly incurring loses, the nutrition business, which it had forayed into two years after dairy (in 2012) with the acquisition of brands such as Protinex, Farex and Dexolac, was growing robustly and was profitable too. So, the company in 2017 decided to further grow the nutrition portfolio, which already resonated well with the Indian audience rather than invest in building a category like yogurt, which had a limited audience. Protinex and Farex, the infant food brands, were household names.

"In India, we were young, so it was important to take steps in the right direction, hence, we chose nutrition. We felt that nutrition was a great way to take the business forward. We took the strategic call of moving out of dairy and focus all our energy on nutrition as a business," explains Himanshu Bakshi, Managing Director, Danone India. Bakshi proudly calls Danone India a 100 per cent nutrition company. "Everything that we do revolves around nutrition. It is about making an impact on every Indian's life," he says.

Today, Danone India's flagship brand Protinex is available in 2.18 lakh retail stores across the country. The effort has been to position it as a consumer-friendly brand, rather than being a doctor-prescribed brand, which it traditionally was. Not just has the company been propagating the importance of adequate protein intake in one's day-to-day life (Almost 80 per cent of Indian diets are supposed to be protein deficient), it has also ensured that it has made Protinex available in different flavours, the most recent launches being mango and kesar badam. Bakshi calls it "Indovation", as the focus is on Indianising its innovations, a learning he says he got from Danone's erstwhile dairy business in India. Danone was always at the forefront of dairy innovations during its short stint in India with products such as mishthi doi and mango lassi. The nutrition business, claims Bakshi, is toeing the same lines.

Apart from health food drinks, the plan is to innovate newer categories under the protein umbrella. The company has recently launched Protinex diskettes, which are essentially protein biscuits that can be consumed on-the-go. "It's a compressed protein diskette. Five of them take you through your daily requirement of protein. In future, coming up with on-the-go protein variants will be an area of focus. Even doctors are asking for such products," says Bakshi, who doesn't rule out a presence in healthy snacks. But healthy snacking has always remained a niche and has never worked at a mass level. Brands such as Horlicks, Pepsi and many other have burnt their fingers. Therefore, Bakshi says he will be extremely careful and will not make huge investments unless he is sure he can get scale. As of now, health food drinks and infant formula will be its priority. The company has recently launched a zero-sugar variant of Protinex  and the effort going forward will be to continue to educate consumers as to why they need to consume protein every day.

Danone India's ambition has changed from becoming the leading private dairy company in the country to being the sought after nutrition provider. Specialised nutrition contributes 29 per cent to revenues of the Euro 24.7 billion dairy and nutrition major, globally. However, the Indian dairy opportunity is difficult to overlook. Although Danone exited the dairy business in India early last year, it is back by investing in dairy start-up, Epigamia, through its investment arm.