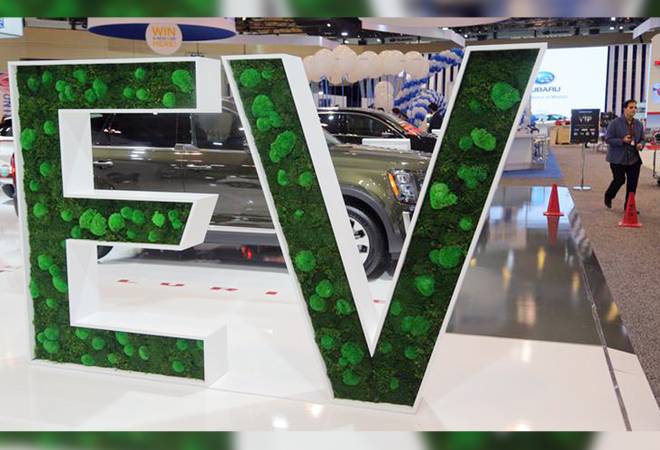 With the 7 per cent cut in GST rate on electric vehicles that came into effect on August 1, automobile companies have started reducing the prices of their electric cars. Korean car maker Hyundai Motor that launched its maiden electric SUV Kona  last month on Friday said it has dropped the price of the car  by Rs 1.58 lakh. The Kona now costs Rs 23.72 lakh. Hyundai Kona Electric has already received 120 bookings within 10 days of its launch.

The other two electric cars that are available in the market, Mahindra e-Verito and Tata e-Tigor, have also seen a Rs-80,000 reduction in price. The e-Verito is now priced at Rs 10.71 lakh for fleet owners and between Rs 13.70 lakh and Rs 14.20 lakh for private individual customers. The e-Tigor that is only available for fleet customers is now priced between Rs 11.58 lakh and Rs 11.92 lakh in three variants. The prices also include the FAME 2 subsidy of Rs 1.38 lakh on the e-Verito and Rs 1.24 lakh on the e-Tigor. The Hyundai Kona is not eligible for subsidy under the FAME 2 scheme as it is priced well over the Rs 15 lakh threshold.

Mahindra has also brought down the prices of its Treo electric three wheeler by Rs 20,000 at Rs 2.05 lakh (on road).

"This tax cut along with the strong FAME 2 policy will see the adoption rate in EV going up drastically with a boost to India's last and first mile connectivity," said Mahesh Babu, CEO, Mahindra Electric.

Electric two-wheeler company have also slashed prices. Ather Energy has reduced price of its electric scooter Ather 450 by Rs 9,000. It now costs Rs 1.13 lakh in Bangalore and Rs 1.22 lakh in Chennai, the two markets it is available right now. Hero Electric has also brought down prices of its products by around Rs 5000.

Electric vehicle buyers also get additional benefit of deductions up to Rs 1.5 lakh from taxable income on the interest payable on loans for the vehicles. Over a five-year period, consumers can get up to Rs 2.5 lakh tax deduction under the scheme announced in this year's budget.

It is a five-seater SUV that is being assembled at Hyundai's Chennai factory. The electric SUV uses a 39.2 Kilowatt-hour battery instead of an internal combustion engine and produces a maximum power output of 136 PS and a peak torque of 403-newton metres. The Kona Electric is capable of 0-100 kph in less than 10 seconds. Globally, it is also available with one other battery option of 64 kwh, which provides a driving range of 449 kilometres (under EU driving cycle) on a full charge.