This year, for the first time, the event is showcasing a large-scale 5G test-bed. 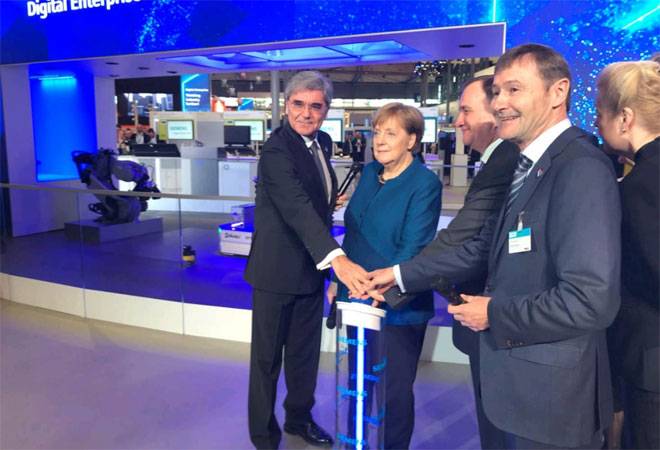 Hannover Messe 2019, the world's largest industrial exhibition, opened at Hannover, Germany on Monday. The event is showcasing the path ahead for tomorrow's factories with in-depth coverage of Industry 4.0 technologies, artificial intelligence, 5G, lightweight construction and the future of work.

Over five days, from 1 to 5 April, it will feature 6,500 companies from 75 nations. The event was formally opened by German Chancellor Angela Merkel in partnership with Stefan Lofven, Prime Minister of Sweden, which is the nation being honoured as this year's partner country.

"HANNOVER MESSE is the only platform worldwide that provides a holistic, integrated perspective on the key themes and trends shaping the future of the industry," said Dr. Jochen Kockler, chairman of the Managing Board of the show's organiser, Deutsche Messe.

The show's lead theme is "Industrial Intelligence" - the banner under which companies from all around the world are showcasing more than 100 application examples of machine learning.

This year, for the first time, the event is showcasing a large-scale 5G test-bed. Network equipment providers and users will use the test-bed to demonstrate the kinds of functionality that the new mobile telephony standard will be able to deliver.

"The ability to transfer large volumes of data in real time, while maintaining high standards of data security is absolutely fundamental to the digital integration of industry," Kockler said.

The network will comprise eight showcases, all connected via the 5G standard, with highlights including industrial robots managed and controlled via 5G and a model automotive production plant.