The government has started to revamp the toll policy for national highways, primarily focussing on a new closed tolling system, where people pay the toll or user fee only for the stretch they travel 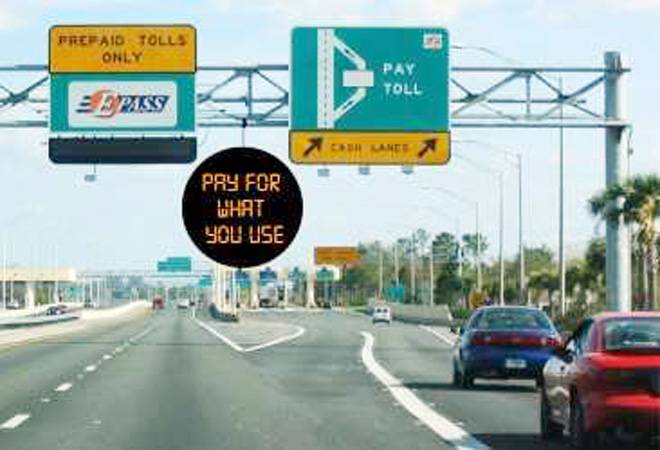 "The government will come out with a policy to introduce toll system on 'pay as you use' basis," Finance Minister Arun Jaitley had said while presenting the Budget for 2018-19, and it seems the Centre is readying to deliver on this promise.

Sources in Ministry of Road Transport and Highways told The Times of India that the government has started work to revamp the toll policy for national highways, primarily focussing on a new closed tolling system, where people pay the toll or user fee only for the stretch they travel. In the current open toll system, travellers have to pay fixed charges for the entire corridor between two toll plazas - typically built 60 km apart - regardless of the distance they actually travel.

The daily added that the dynamic policy will be ready in three months and will focus on pushing the electronic mode of collecting the toll by setting up necessary facilities. The policy will also offer a permanent discount in the fee that commuters pay using smart tag.

"While it's easy to implement in the case of new greenfield roads, it would be tough in the case of existing roads which have unlimited entry and exit points and these are not regulated," a ministry official told the daily.

The policy will also focus on building toll plazas outside cities to avoid protests. But citing sources in the know, the report added that the stated policy of not building a toll plaza within 10 km of municipal limit is becoming a major contentious issue as municipal areas are expanding.

The proposed policy will also set a time frame to end tolling on highways of less than four lanes.