Raghuram Rajan has a few tips for Modi govt on economy 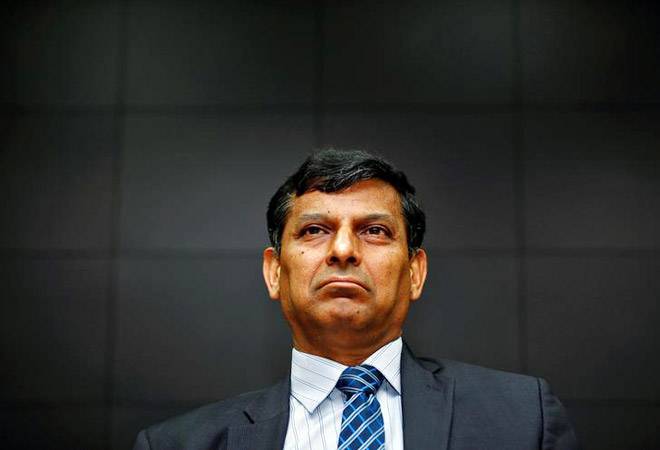 Former RBI Governor Raghuram Rajan today released a report titled 'An Economic Strategy for India', a five-year agenda for the country authored by 13 senior economists. The report outlines a host of economic priorities for India, including the need to continue the banking sector clean-up, maintaining macroeconomic stability and avoiding loan waivers and government-imposed credit targets - an important topic in the run up to general elections next year.

Where the banking sector is concerned, Rajan made it clear that the public sector banks (PSBs) are still not adequately professionalised and there is a need to substantially improve risk management where they are concerned. Eventually, strong boards should be entrusted with all bank-related decisions, including appointment of chief executive officers, but held responsible for performance, BloombergQuint quoted him as saying. "Strategic investors could help improve governance."

"This is lazy government - if an action is worth doing, it should be paid out of budgetary resources. It also is against the interests of minority shareholders in PSBs," he added. According to him, the government should incentivise all banks to take up activities it thinks desirable, not impose it on a few.

He added that the requirements for banks to mandatorily invest in government bonds (the statutory liquidity ratio requirement) should continue to be reduced and be substituted with the liquidity coverage ratios and net stable funding ratios set by Basel.

According to the news portal, Rajan also said that India needs a functional out-of-court restructuring process for stressed assets so that most of the cases are resolved out of bankruptcy code, with the National Company Law Tribunal entering the picture as the last resort. "The tribunal will be overwhelmed if every stressed firm or project is filed before it," he pointed out, adding "The Insolvency and Bankruptcy Code requires steady modifications to make it effective, transparent, and not gamed by unscrupulous promoters."

A July report by the Boston Consulting Group had revealed just how far behind the IBC lags when compared to other nations. While economies like US, UK, Singapore, Hong Kong, Germany and Japan boast a recovery rate in excess of 80 per cent and a resolution time frame of under one-and-half years, India has posted a sub-par recovery rate of 26.4 per cent and an average resolution time of 4.3 years.

Rajan reportedly also warned that for many projects financial restructuring is of little use if the project cannot proceed for other reasons such as lack of land or permissions or input supply. "Any new government will have to give priority to rectify these issues," he added.

According to The Print, Rajan also talked about the associated risks with populist sops like farm loan waivers. "Government-imposed credit targets are often achieved by abandoning appropriate due diligence, creating the environment for future NPAs [non-performing assets]," he said, adding, "Loan waivers, as the RBI has repeatedly argued, vitiate the credit culture, and stress the budgets of the waiving state or central government. They are poorly targeted, and eventually reduce the flow of credit."

The former RBI governor emphasised that though the agriculture sector needed serious attention, loan waivers was not the way to go about it.  "An all-party agreement to this effect would be in the nation's interest," Rajan suggested.

Here are some other key highlights from the report: