India has set an ambitious target of having 175 GW of renewables including 100 GW of solar energy by 2022. 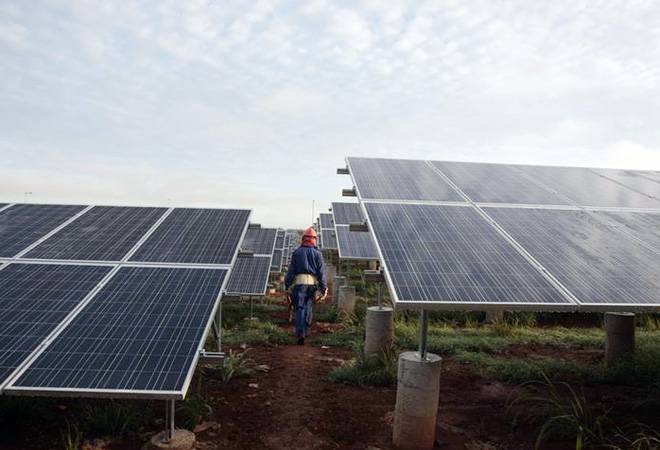 India has set an ambitious target of having 175 GW of renewables including 100 GW of solar energy by 2022.

The outlook for solar energy development in the country is constrained as capacity additions get delayed, CRISIL Research said in a statement.

However, it said that developer sentiment has been negatively impacted by the lack of clarity on several policy issues and arbitrary bid cancellations, which is contrary to a supportive policy stance from the government.

Over fiscals 2017 to 2019, while previously tendered capacities continued to be commissioned apace, certain risks to future project implementation manifested. There were frequent bid cancellations, lack of clarity on GST procedures, and cost pressure from the imposition of the safeguard duty on imported cells/modules, it said.

While the GST (good and services tax) clarity was lacking for over a year with a final decision taken in December by the GST council, it ended with an increase in taxation compared to what was expected by the industry.

Similarly, the safeguard duty has turned out to be a double whammy of sorts, impacting costs of solar power projects and not resulting in any significant offtake for the domestic manufacturing sector, the report said.

This was coupled by the cancellation of bids post auctions as state utilities / SECI (Solar Energy Corporation of India found tariffs to be higher than expectations. Close to 4.7 GW was cancelled in such a manner over March - December 2018.

In such a scenario, CRISIL Research's outlook factors in the prevailing market dynamics, where regulatory/policy support is itself emerging as a key risk. The renewable energy domain is highly dependent on policy support and any uncertainty on that front can have strong negative consequences.

It stated that considering the current regulatory haze, the outlook has been revised downward. The CRISIL Research continued to monitor the same and remain aware of a possibility of upsides to our call, once regulatory risk is mitigated to an extent.

Further, it stated that adequate land availability, timely implementation of grid infrastructure, and the ability of players to raise low-cost funds will also be crucial enablers.

Not in favour of 10% EWS quota, will hear plea again on March 28: Supreme Court