Twitter said it would stop using the monthly user base metric and instead report "monetizable" daily active users in the US and worldwide. 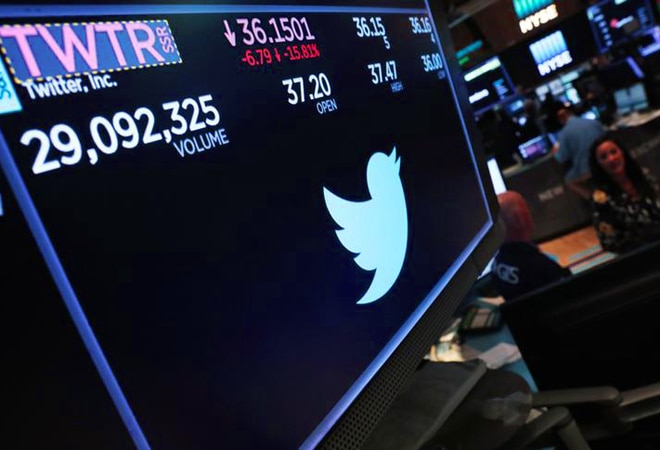 Twitter said Thursday profits rose sharply in the fourth quarter, lifted by gains in advertising despite a drop in its global user base.

The short-messaging platform said it posted a USD 255 million profit in the final three months of 2018, compared with USD 91 million a year earlier, as revenues rose 24 per cent to USD 909 million.

But Twitter's base of monthly active users declined to 321 million -- a drop of nine million from a year earlier and five million from the prior quarter.

Twitter said it would stop using the monthly user base metric and instead report "monetizable" daily active users in the US and worldwide.

Using that measure, Twitter showed a base of 126 million worldwide, up nine per cent over the year.

"2018 is proof that our long-term strategy is working," said chief executive Jack Dorsey.

"Our efforts to improve health have delivered important results, and new product features like a single switch to move between latest and most relevant tweets have been embraced by the people who use Twitter. We enter this year confident that we will continue to deliver strong performance by focusing on making Twitter a healthier and more conversational service." Twitter shares sputtered and then fell sharply after the report, dropping as much as eight per cent in pre-market trade.

Jasmine Enberg of the research firm eMarketer said the earnings were nonetheless positive.

"Twitter's Q4 earnings prove that the company is still able to grow its revenues without increasing its user base," she said.

"The falloff in monthly active users is likely a continuation of Twitter's efforts to remove questionable accounts." Twitter, which has struggled to keep up with fast-growing rivals like Facebook and Instagram, said it changed the measure for its user base to reflect "our goal of delivering value to people on Twitter every day and monetizing that usage."