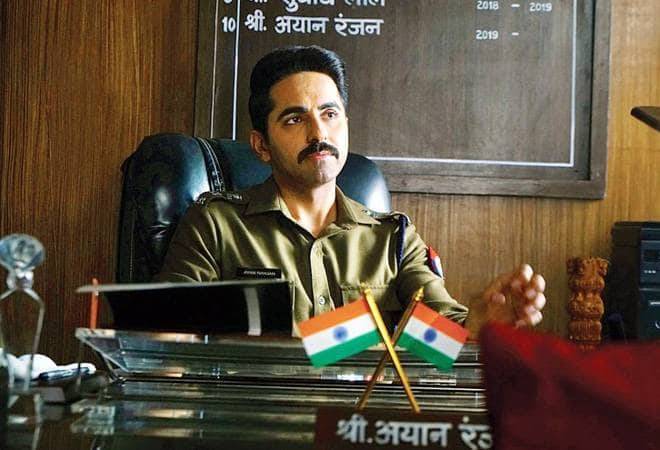 Article 15 Box office collection Day 4: Article 15 has been appreciated and received well by fans as well as critics

Ayushmann Khurrana's film Article 15 is running steady at the box office on its fourth day. The box office collection of Article 15 was strong on its Day 1 as the film earned a whopping Rs 5.02 crore on its first day followed by Rs 7.25 crore on its second day. The box office collection of Article 15 rose on Sunday taking the numbers to an incredible 7.77 crore despite India Vs England World cup match. Anubhav Sinha's directorial is based on Article 15 of the Indian Constitution, which prohibits discrimination on grounds of religion, race, caste, sex or place of birth.

The storyline for the socio-political drama film, Article 15, has been inspired from true life events, including 2014 Badaun gang rape and 2016 Una flogging incident. Ayushmann Khurrana, the protagonist, is playing a police officer in the film. Article 15 is written by Gaurav Solanki and Anubhav Sinha and also stars Isha Talwar, Sayani Gupta, Kumud Mishra and Manoj Pahwa in significant roles.