Badla box office collection: According to Taran Adarsh, Badla may cross the lifetime business of Pink in the second week. Pink grossed approximately Rs 107 crore at the box office. 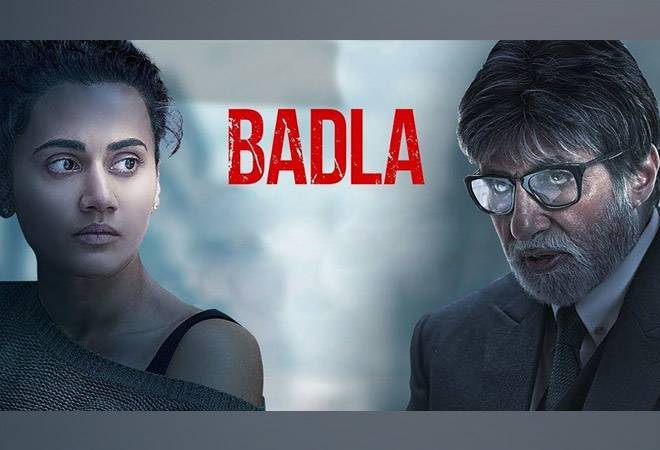 Amitabh Bachchan and Taapsee Pannu starrer Badla is their second film after 2016 courtroom drama flick Pink. And just like Pink, this crime thriller has also received overwhelming reviews from critics and praises from cine-goers.

According to Taran Adarsh, Badla may cross the lifetime box office collection of Pink in the second week. Pink grossed approximately Rs 107 crore.

According to a Box Office India report, Badla has crossed Rs 20 crore in Mumbai circuit and is performing well in West Bengal and Mysore region.

So far, Badla has had an uninterrupted run at the box office with no major release disrupting its business.  Badla will however will clash with Akshay Kumar's Kesari on Holi. Movie critic Taran Adarsh, however predicted that Badla will still continue to score at the ticket counters.

Badla is an adaptaion of 2016 Spanish release The Invisible Man. In Badla, Amitabh plays the role of a lawyer, Badal Gupta, and helps Naina (Taapsee), who has been accused of murdering a man she was having an affair with.

For the first time, Shah Rukh Khan has produced a film with Amitabh  Bachchan as the lead actor. Badla has been made by SRK's Red Chillies Entertainment in association with Azure Entertainment.