Bigil Box Office Collection: Bigil earned Rs 23 lakh on its Day 12 in Chennai, taking its total earnings in the city to Rs 11.31 crore 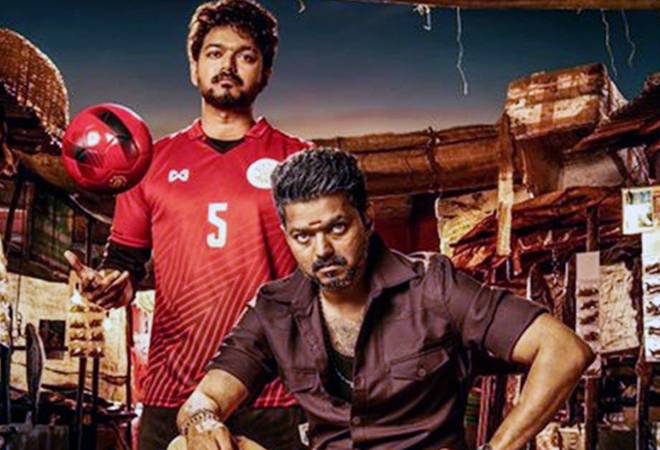 Bigil Box Office Collection: Tamil film Bigil starring Thalapathy Vijay has been performing consistently since its release around two weeks ago. Released on October 25, Bigil is a sport drama film in which Vijay has essayed a dual role -- an aged gangster and a women football team coach. The film also features Nayanthara, Jackie Shroff, Kathir, Yogi Babu, Amritha and Indhuja in crucial roles.

According to film analyst Ramesh Bala, Bigil earned Rs 23 lakh on its Day 12 in Chennai, taking its total earnings in the city to Rs 11.31 crore. Bigil's gross collections in India have surged to Rs 176 crore and Rs 86 crore in the overseas markets. In total, the film has earned Rs 260 crore in 12 days.

With the success of Bigil, the 45-year-old Vijay has three Rs 250-crore grossers to his credit -- Mersal (2017) and Sarkar (2018) and Bigil (2019). Film Bigil is the third collaboration of director Atlee with Vijay after Theri and Mersal. The film is bankrolled by AGS Entertainment on a staggering budget of Rs 180 crore and released across 3,000 screens globally. The film was also dubbed and released in Telugu as 'Whistle'.