Commando 3 box office collection: The film has broken records of other films of the Commando franchise by becoming the highest grosser among all 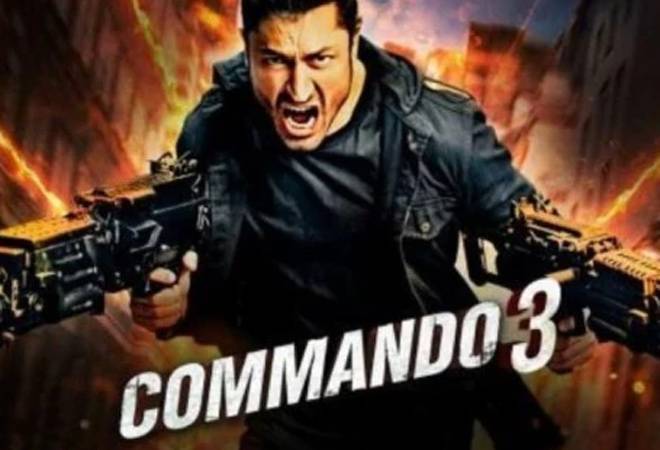 Commando 3 box office collection: Vidyut Jammwal's Commando 3 is doing well at the box office. Released on November 29, the film has done a total business of Rs 24.77 crore in its first-four days. Early estimates shows the film has minted Rs 2.5 crore (approximately) on its Day 5, taking its total collection to Rs 26.57 crore.

With this, Commando 3 has broken records of other films of the Commando franchise by becoming the highest grosser among all.

Commmando-One Man Army, which was part 1, had recorded a lifetime collection of Rs 21. 47 crore, whereas Commando 2 had earned Rs 25.09 crore at the box office.

Trade analyst Taran Adarsh said Commando 3 continues to progress at the box office due to a lack of competition.

Commando 3 was released alongside Anupam Kher starrer 'Hotel Mumbai', which fared below-average and has earned Rs 6.07 crore till now.

On this Friday (December 6), Commando 3 will clash with Kartik Aryan, Bhumi Pednekar and Ananya Panday starrer 'Pati Patni Aur Woh'. The film's songs and trailer have already proved hit among fans. It would be interesting to see which film survives in this box office battle.

'Commando 3' narrates the story of a commando, named Karanveer Singh Dogra (played by Vidyut Jammwal), who goes to London to stop a terrorist attack in India. Apart from Vidyut, the film features Gulshan Devaiah, Adah Sharma and Angira Dhar in significant roles.