De De Pyaar De Box office collection: The film hit theatres on Friday to an average response but picked up pace in the evening after a dull start and has made Rs 10.41 crore on its opening day. 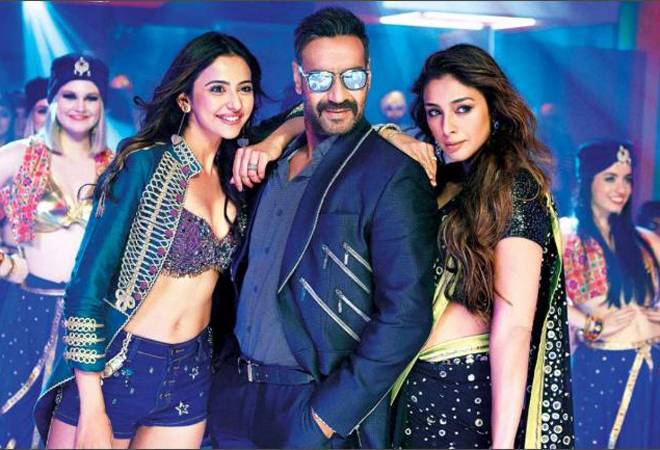 Superstars Ajay Devgn, Tabu and Rakul Preet Singh's new romantic comedy film De De Pyaar De has made Rs 10.41 crore on its opening day. The film hit theatres on Friday to an average response but picked up pace in the evening after a dull start, as per critics. The rom-com has received appreciation from people while the critics are all praise for the performances of the actors.

#DeDePyaarDe picked up towards evening after a dull start... Occupancy was higher in evening/night shows... Strong reports should ensure a turnaround on Day 2 and 3... Fri ₹ 10.41 cr [incl Thu previews]. India biz. #DDPD

The movie has been released on over 3750 screens worldwide with around 3100 screens in India alone. Adarsh has appreciated the smart writing, strong emotions and top-notch acts in the movie. He added that the director has given a refreshing twist to relationships.

The plot of the movie revolves around Ashish Mehra, who is a 50-year old divorcee and falls in love with Ayesha Khurana, a 26-year old woman. Chaos follows when Ashish introduces Ayesha to his family including his ex-wife Manju.

Earlier, the romantic comedy was scheduled to be released on April 26, 2019. However, in an attempt to avoid competition with movies like Avengers: Endgame (2019) and Total Dhamaal, the film's release was postponed to May 17, 2019.

Also read: These are unconditional relationships in my life: Tabu on her bond with Salman, Ajay