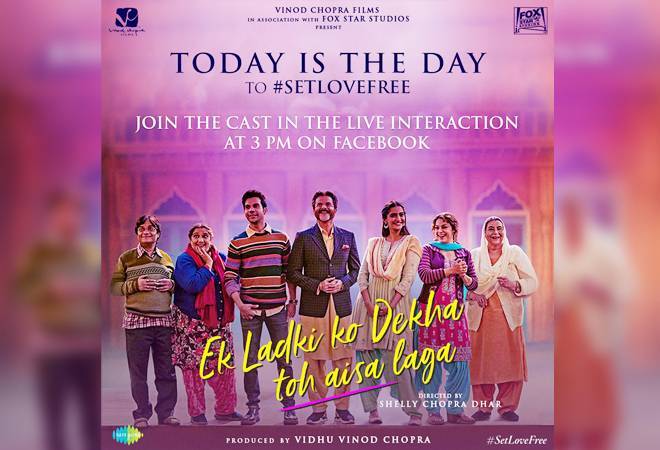 Despite making headlines because of its unconventional content pertaining to the LGBTQ community, Sonam Kapoor, Anil Kapoor, Rajkumar Rao and Juhi Chawla starrer Ek Ladki Ko Dekha Toh Aisa Laga received a lukewarm response at the box office in the first two days. But, the film is expected to see a spike in its weekend earnings. The film opened to a slow start at Rs 3.30 crore earning on day 1. A surge in the overall footfall on Saturday led an increase in its box office collection at Rs 4.65 crore. The film is expected to earn over Rs 5 crore on Sunday.

Ek Ladki Ko Dekha Toh Aisa Laga, which sheds light on same-sex relationships, has seen an upward trend on Saturday but a huge competition from the recently released movies like Manikarnika: The Queen of Jhansi, Uri: The Surgical Strike, and Simmba could hurt its India business. So far, the film has been able to earn a total Rs 7.95 crore at the box office. However, its Sunday box office collection numbers and weekday earnings next week will be crucial for the film's success.

It's the day to accept love for what it truly is. #SetLoveFree with #EkLadkiKoDekhaTohAisaLaga at a theatre near you. Link in bio

Experts say despite the film's lacklustre start in its first weekend, it would pick up the pace in urban areas this week. The film was released across 1,500 screens in India but failed to cross the Rs 10-crore mark in the first two days.

Meanwhile, Kangana Ranaut's Manikarnika: The Queen of Jhansi has raked in Rs 64.65 crore after its first week at the box office. The film showed a solid trend on weekdays earning -- Rs 5.10 crore on Monday, Rs 4.75 crore on Tuesday and Rs 4.50 crore on Wednesday -- but its collection took a dip during Thursday. The film's earnings are likely to surge during the weekend.