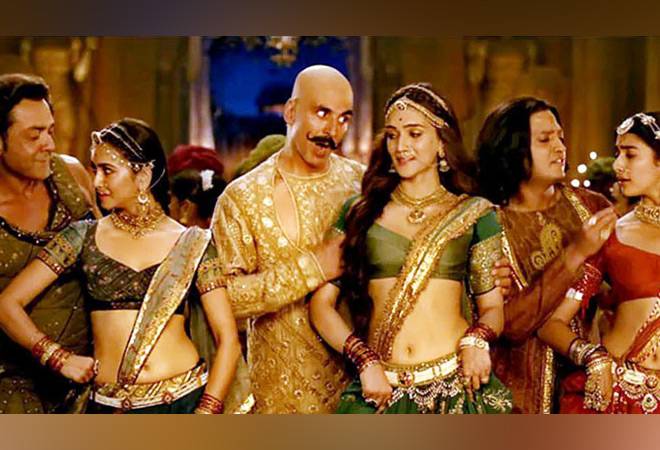 Akshay Kumar's latest release Housefull 4 has opened very strong at the box office. Considering the box office records of the previous Housefull movies, it does not come as a surprise. However, Diwali releases are usually not a grand affair and moviegoers like to spend time at home and engage in the festivities. Housefull 4's box office collection has been a deviation from the norm in that sense.

Akshay Kumar, Bobby Deol, Riteish Deshmukh and Kriti Sanon-starrer, Housefull 4's box office collection stood at around Rs 20 crore, as per early estimates. While analysts were expecting collections to be higher, earnings slowed down post 4pm, as mentioned in a report in Boxofficeindia.

Nevertheless, Housefull 4's box office collection on Day 1 has surpassed the opening figures of the previous movies in the series. It is also the second-highest opening ever for a comedy film, after Golmaal Again. Golmaal Again had made a stellar Rs 30 crore on Day 1 of its release in 2017.

While Housefull 4 is off to a great start, its eventual collection and longevity depends on how well it holds on the weekdays. Monday remains a big day for the multi-starrer.

Housefull 4's box office collection is way ahead of its competition Made in China and Saand Ki Aankh, both of which released on the same day as the multi-starrrer.

Directed by Farhad Samji, Housefull 4 is a reincarnation comedy. It revolves around the lives of three couples who were separated in the year 1419. Their reincarnations meet again in 2019 but they are all set to marry the wrong partner.