Kalank Box Office Collection: The film is doing well overseas. In just four days, Kalank has added in $3.95 million in its total collection 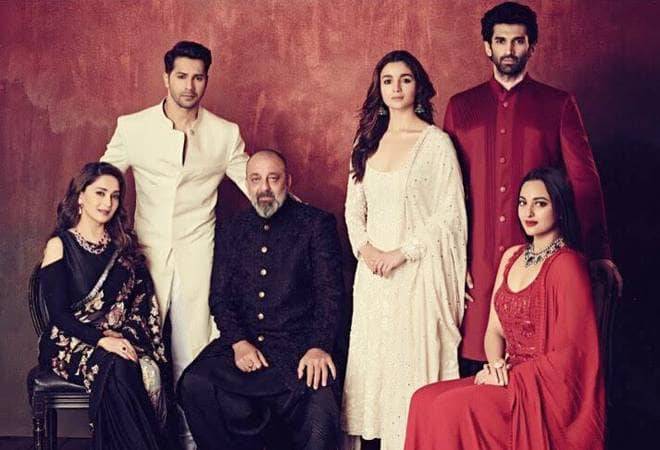 The box office buisness of Kalank may further get affected due to the release of Hollywood superhero flick- Avengers: Endgame.

Kalank, starring Alia Bhatt, Varun Dhawan, Madhuri Dixit, Sanjay Dutt, Aditya Roy Kapoor and Sonakshi Sinha, has earned Rs 66.03 crore in just five days of its release. The film's release on April 17, which was a holiday, and the extended weekend helped it cross the Rs 50-crore mark. However, despite all these factors the movie seems to have failed to impress the audience.

On its opening day, Kalank collected Rs 21.60 crore, the highest opening day collection for any Bollywood film released in 2019. But, the film's collection has dropped rapidly since then. It collected Rs 11.45 crore on Day 2, while on the third day the collection numbers touched Rs 11.6 crore. The numbers slumped further on Saturday to Rs 9.75 crore and on Sunday the film collected Rs 11.63 crore, taking the total to Rs 66.03 crore.

According to movie critic and trade analyst, the box office buisness of Kalank may further get affected due to the release of Hollywood superhero flick- Avengers: Endgame. Anthony Russo and Joe Russo's Avengers: Endgame is set to release on April 26 Friday.

In contrast to its domestic collection, the film is doing well overseas. In just four days, Kalank has added in $3.95 million in its total collection. In US, the film has earned $1.42 million, while it collected $950k and A$ 522k in UAE and Australia. Made on a budget of Rs 150 crore, Abhishek Varman's directorial is produced by Karan Johar, Sajid Nadiawala and Fox Star Studios.

Directed by Abhishek Varman of 2 States fame, Kalank is a love story set in the 1940s. Kalank brings together two of the most popular Bollywood pairings - Varun Dhawan, Alia Bhatt and Madhuri Dixit, Sanjay Dutt. Sanjay Dutt and Madhuri Dixit have been featured together in a Hindi film after a gap of 22 years. The duo was last seen in 1997 release, Mahaanta.

Besides, Kalank also marks the fourth collaboration between Alia Bhatt and Varun Dhawan after Humpty Sharma Ki Dulhania, Student of the Year, and Badrinath Ki Dulhania.