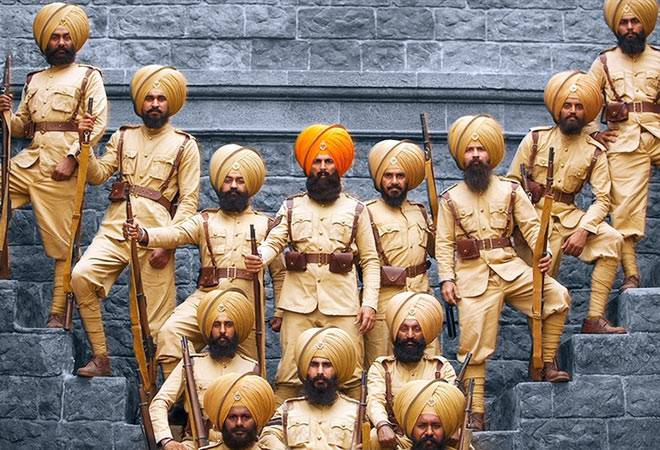 Akshay Kumar and Parineeti Chopra's period war movie, Kesari, has started to show signs of slowing down. Director Anurag Singh's movie, which grossed over Rs 100 crore in its first week, has managed to earn around Rs 40 crore in last 10 days at the domestic box office. The movie was released on March 21 and is struggling to cross Rs 150 crore milestone.

According to trade pundit Taran Adarsh, Akshay Kumar's movie's total collections stand at Rs 139.79 crore at the domestic box office. The war movie has managed to earn Rs 1.65 crore and Rs 2.62 crore on its fourth weekend's Friday and Saturday respectively. Adarsh in an earlier tweet mentioned that the domestic collections of Kesari had touched Rs 100.01 crore in just seven days of its release.

Akshay Kumar's Kesari narrates the story of Battle of Saragarhi, which was fought between the Afghan tribes and the 36th Sikh regiment of the British Army in 1897. The action-war film follows the story of 21 Sikh soldiers, who fought valiantly against 10,000 Afghan troops.

Apart from Akshay Kumar and Parineeti Chopra, the movie also stars Vansh Bhardwaj, Mir Sarwar, Jaspreet Singh, Vikram Kochhar and Vivek Saini as supporting characters. The film was made under the banner of Karan Johar's Dharma Production and was announced in October 2017.