Among South Indian dubbed films, KGF has already gained the fourth position after SS Rajamouli's Baahubali series and Shankar's 2.0 in terms of collections 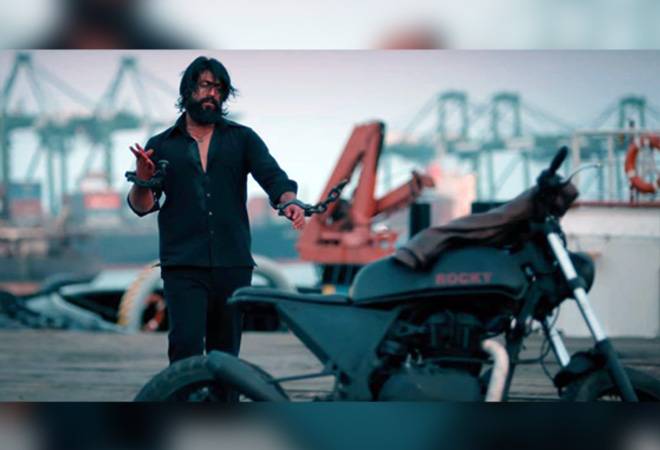 Yash's magnum opus KGF: Chapter 1, which is claimed to be the biggest Kannada movie to date, took the box office by storm. Among South Indian dubbed films, KGF has already gained the fourth position after SS Rajamouli's Baahubali series and Shankar's 2.0 in terms of collections.

Yash's KGF has made Rs 121.33 crore at the worldwide the box office. KGF's Hindi version had tough competition from Shah Rukh Khan's Zero, which witnessed a downward trend in its collection at the box office. On the other hand, Yash's movie saw an uptick.

Yash's film is not just shattering records in India but is also creating records in global markets. KGF has become the highest grossing Kannada film in the USA. When compared to other Kannada movies of all time, Raajakumara is the second biggest Kannada film with a collection of around Rs 75 crore at the global box office.

KGF, which currently holds the title of first Kannada film to gross more than Rs 100 crore, is expected to cross go past Rs 150 crore mark at the worldwide box office in its second week. KGF was released across 2,460 screens all over the country and was produced on a budget of around Rs 80 crore.

KGF, which stands for Kolar Gold Fields, has received mixed reviews from both critics and audience. Prashanth Neel's directorial is the first part of the duology. The movie was released in five different languages, which includes Hindi with 1500 screens, Kannada with 400 screens, Tamil and Telugu with 100 screens each and with 60 screens in Malayalam.

KGF is a period drama set in the backdrop of Kolar Gold Fields in the 1970s and 1980s era. The movie narrates the rags to riches story of a gangster, Rocky. Apart from Yash, KGF's star cast include Srinidhi Shetty, Malavika Avinash, Achyuth Kumar, Anant Nag and Vasishta Simha in leading roles.