Though the three films have a different set of audiences, Pal Pal Dil Ke Paas has dominated the ticket counters as compared to Sanjay Dutt's Prassthanam and The Zoya Factor 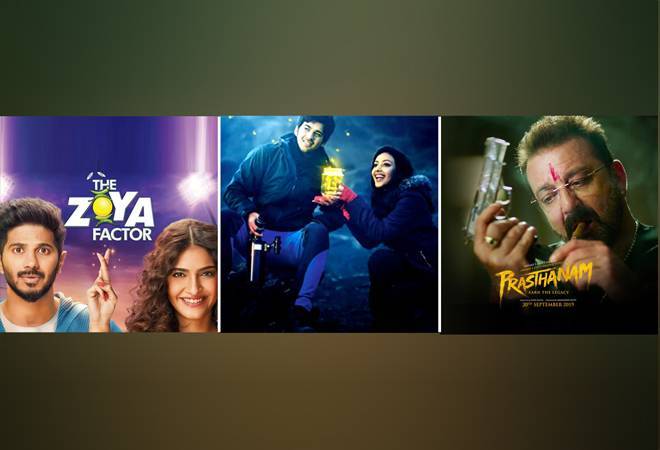 This week, the already crowded box office saw the release of three Bollywood movies with Sonam Kapoor-Dulquer Salmaan's The Zoya Factor, Karan Deol's Bollywood debut Pal Pal Dil Ke Paas and Sanjay Dutt starrer Prassthanam. As per early estimates, the box office collection for the three films suggest the debutant Karan's film has beaten the other movies of the established stars. Though the three films have a different set of audiences, Pal Pal Dil Ke Paas has dominated the ticket counters as compared to Sanjay Dutt's Prassthanam and The Zoya Factor, starring Sonam Kapoor and Dulquer Salmaan.

While Sunny Deol directorial Pal Pal Dil Ke Paas minted an opening collection of around Rs 1-1.10 crore on Friday, making it the highest first-day grosser of the three, the Zoya Factor and Prassthanam reportedly earned Rs 80-85 lakh each.

In the romantic drama Pal Pal Dil Ke Paas, Sunny Deol has debuted as a director and has launched his son Karan Deol in Bollywood opposite Sahher Bammba. The beauty of Manali has been shown well in this film.

Abhishek Sharma directorial 'The Zoya Factor' is based on the story of an advertising executive, Sonam Kapoor, who is seen as a lucky charm for the 2011 cricket World Cup. It is narrated by Shah Rukh Khan and produced by Fox Star Studios, Pooja Shetty and Aarti Shetty.

On the other hand, the week was already running quite jam-packed as prior to the three new releases. The two films, Ayushmann's highest week-one grosser, Dream Girl, which released on September 13 and Nitesh Tiwari's Chhichhore that released on September 6, dominated the box office quite well, say film trade analysts.

Ayushmann Khurrana starrer 'Dream Girl' is having a dream run at the box office, taking its first week collections around Rs 76 crore. Nitesh Tiwari's Chhichhore continued with strong collections of around Rs 109.30 crore by the second week of release.