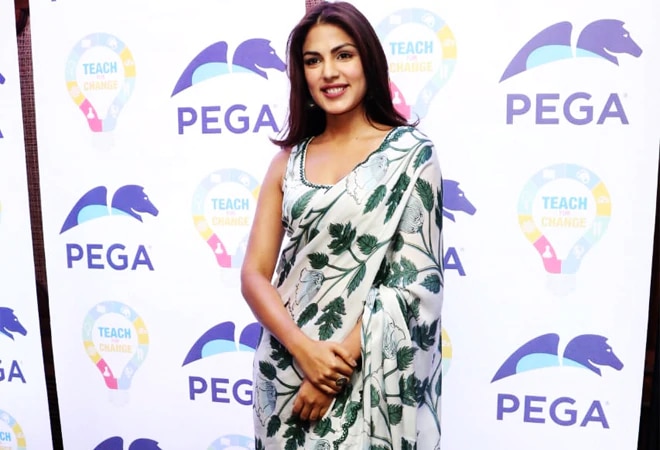 Bollywood actor Rhea Chakraborty has approached the Supreme Court with a fresh petition alleging media trial and attempts to pronounce her guilty for actor Sushant Singh Rajput's death. Chakraborty has included various points in her plea ranging from infringement of her privacy and extreme sensationalisation of the matter by the media.

The actor, who is being investigated by the Enforcement Directorate (ED) on charges of abetting Rajput's suicide, has said in the fresh plea that  extreme  trauma  and  infringement  of  privacy  of  her rights  has been  caused  due  to  constant  sensationalisation of  this case.

The issue  is  blown  out  of  proportion  in  media and media  channels are  examining  and  cross-examining  all  the  witnesses  in  the case, the petition added. The petitioner  is  already  convicted by  the media even  before foul play  in  the  death  of Rajput  is established, it noted.

The petition further mentions that even as actors Ashutosh  Bhakre  (32) and  Sameer  Sharma  (44)  were  also reported  to  have  committed  suicide  in  last  30  days, no whisper  could be heard about  the  same  in  power  corridors.

In case  of  death  of Sushant  Singh  Rajput,  Chief  Minister  of  Bihar  is  reported  to  be responsible  for registration  of  FIRs in Patna, the petition said.

"Respondent State of Bihar has acted in an illegal manner in forwarding the case to Additional CMP at Patna Sadar instead of jurisdictional magistrate at Mumbai coupled with the fact that ruling party in Bihar and Centre is same and the said party is in minority in the State of Maharashtra; the purported transfer the case to ACJM Patna and further  to  CBI  on  04.08.20 20 is  only to  render  the  present  petition 7 in-fructuous," it also said.