Produced by Santhanam himself, the film is likely to take a hit due to negative reviews and the Tamilrockers leak. 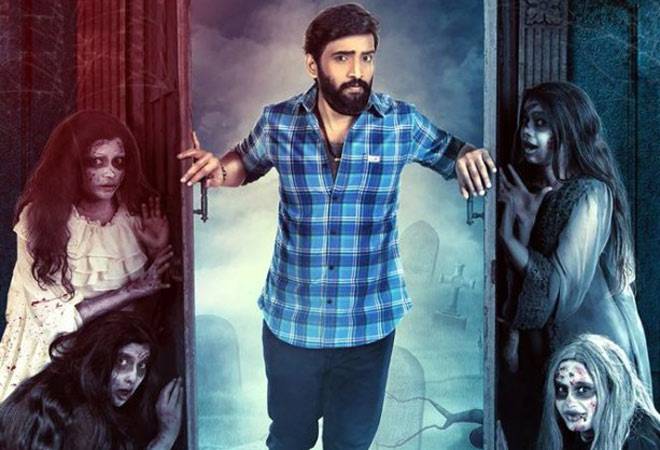 The notorious piracy platform Tamilrockers has struck again and this time they have released Santhanam's Dhilluku Dhuddu 2 online a few hours after its release. Horror-comedy Dhilluku Dhuddu 2, helmed by Rambhala was released on February 7. The site, Tamilrockers, continues to leak new released despite the court orders. Film bodies such as Tamil Film Producers Council have also taken preventive measures against the piracy site's illegal activities.

Dhilluku Dhuddu 2 is the latest addition to the list that includes name of big releases like Zero, 2.0, Maari 2, Simmba, Petta, Viswasam, KGF, Thugs of Hindostan, The Accidental Prime Minister and Vicky Kaushal's latest offering, Uri: The Surgical Strike. More recently, Kangana Ranaut's Manikarnika: The Queen of Jhansi was leaked by Tamilrockers a few hours after it was released.

Sequel of Santhanam's 2016 hit, Dhilluku Dhuddu, Dhilluku Dhuddu 2 has opened to poor reviews. Produced by Santhanam himself, the film is likely to take a hit due to negative reviews and the Tamilrockers leak.

After the leak, Santhanam's fans sprung into action and urged fellow fans of the star to refrain from downloading the leaked version.

Tamilrockers is an illegal, pirating site that has been on a leaking spree, releasing some of the biggest movies online. They release the movies just after they opened to the public. According to reports, before leaking a movie the site threatens to release the movie on the opening day. It is rather difficult to put a stop to them because of their operation model. According to reports, Tamilrockers has multiple contributing members across the globe who capture the movie on camera in their nearest theatre. Once the print is uploaded, the member gets paid on the number of the times the movie is downloaded.