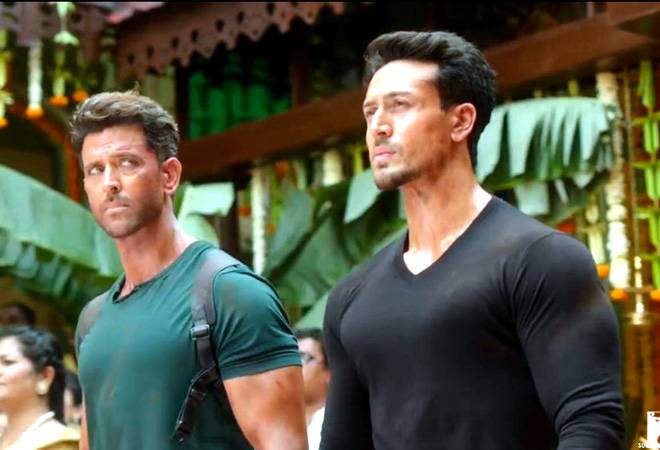 War trailer: It is the first Bollywood film to be shot in the Arctic Circle.

Trailer of Hrithik Roshan and Tiger Shroff's high-octane action drama film War has been released on Tuesday. Directed by Siddarth Anand, War is slated to hit the screens on October 2 this year in Hindi, Tamil and Telugu languages.

The War trailer opens with Hrithik Roshan, who plays Kabir, punching and shooting. He is followed by Tiger Shroff's Khalid who makes an entrance by breaking a wall.

In the the 2-minute-25-second War trailer, Hrithik Roshan plays role of Tiger Shroff's teacher. Vaani Kapoor can also be seen in the War trailer but not much is revealed about her character.

Stunt directors Paul Jennings, Franz Spilhaus, SeaYoung Oh and Parvez Shaikh  have trained Hrithik Roshan and Tiger Shroff for the action sequences. Directed by Siddharth Anand, War is the first Bollywood film to be shot in the Arctic Circle. The car chase and other action sequences featuring Hrithik Roshan and Tiger Shroff has been shot in Finland.

This is the first time Hrithik Roshan and Tiger Shroff will be seen together. Talking about sharing screen space, Tiger had told an agency, "A film like the one I am doing with Hrithik Sir is definitely something that could not have been made without one another. It is rare to find the correct permutation and combination and the right script that allows both of us to express our potential in our respective ways."

Hrithik is reuniting with Siddharth Anand for the second time. The duo last worked in 2014 film Bang Bang.